I used the word “burnout” in the last blog and some of you expressed concern. I’m grateful for your words of encouragement and have decided that a more accurate description is “inspirational sabbatical”, although that verges on tautology. Taut spotting is one of my favourite past-times. The most common one I see on the news is “it’s alleged the perpetrator reversed back down the driveway”. I don’t know about you, but I find it hard to visualise somebody reversing forward. I digress. The activities of the day ensue.

Walked to the French Quarter, had garden soup at a Thai restaurant while listening to Pandora. Walked down to the French Market and avoided a gator sandwich, caught a pedicab ride down to the Algiers ferry and crossed the Mississippi to International Vintage Guitars and met owner Steve who has more than a passing resemblance to Willie Nelson. Played a bunch of Martins, which I’d never really done before. As I actually had not picked up a guitar for 6 months my hands were as weak as piss and the forming of chords became an uncomfortable experience. Then I attempted to change from one chord to another with acute clumsiness. “I know – I’ll sing one of my tunes and then it might come back naturally” I thunk.

Bad idea really. It’s good to be humbled regularly but this was out of order. There was only one way to get through this so I subjected poor Steve and the other random virtuosos who filed in and out of his tiny but packed shop, to a corrupted selection of my back catalogue, virtually all of which I had naught but scant memory of or familiarity with. Poor bastards.

Took a break for a crazily large sandwich at the Dry Dock Cafe where I overheard the word “like” being pummelled into non-existence and wandered into Nola Potter which is full of local art – mainly paintings, photographs and ceramics. The accommodating owner even showed me around her studio “in back of” the store. I got directions to the local music venue (Old Point Bar) and gave it a cursory inspection.

Ambled back to the guitar store and snapped up a Martin 00015M – solid mahogany acoustic with a smallish body, which will work fine for travel. At request Steve tweaked the action, did the credit card transaction and emailed me an invoice all from his iPhone, in a flash. And…no, there’s not an app for tweaking your guitar action. This task occurs in the physical plane, as opposed to the astral plane, cyberspace or a parallel universe. He was right – I’d got the best deal in the USA (after checking eBay and a variety of guitar stores online of course). At this point I became excited. Maybe I just need to have a little conversation with this unassuming instrument and it will comply.

Ferry back, did a short busk which strangely did not attract a hail of tomatoes, caught a tram back to the French Market, then back to Marigny via the now familiar streets that seem to keep rearranging themselves in terms of orientation to the point that I’m now convinced I have absolutely no sense of direction. A mild snooze which resulted in Brandon, Megan and Seth checking out the guitar before they were out the door for yet another gig. Played some more then snoresville.

Headed out for a snack of fried green tomatoes in shrimp sauce, a game of chess on the street with a patient champion and drank a long coffee sheltered from the rain while chatting to a couple of the local constabulary and copping the passing sidewalk activity. Passed a dressed in black dread headed guy busking on a dobro with a finger pickin’ style that seemed to have about 5 things goin’ on at once. I could hear bass lines, chord comping, ‘lil ‘ole melodic riffs, soulful solos and I swear brass lines. As Pete & Dud once said “ain’t arf been some clever bastards”.

Through a window I caught a 10 piece jazz funk soul band (actually second liners) with heaps of horns including a Sousaphone, not realising they were the same guys from the night before. The lineup changes quit a bit and they move around a lot on stage. Really. A couple more venues then back to Kajun Bar near my digs for aimless drinking and conversation on the footpath with a side of karaoke overkill. Bed, emails and restless slumber. 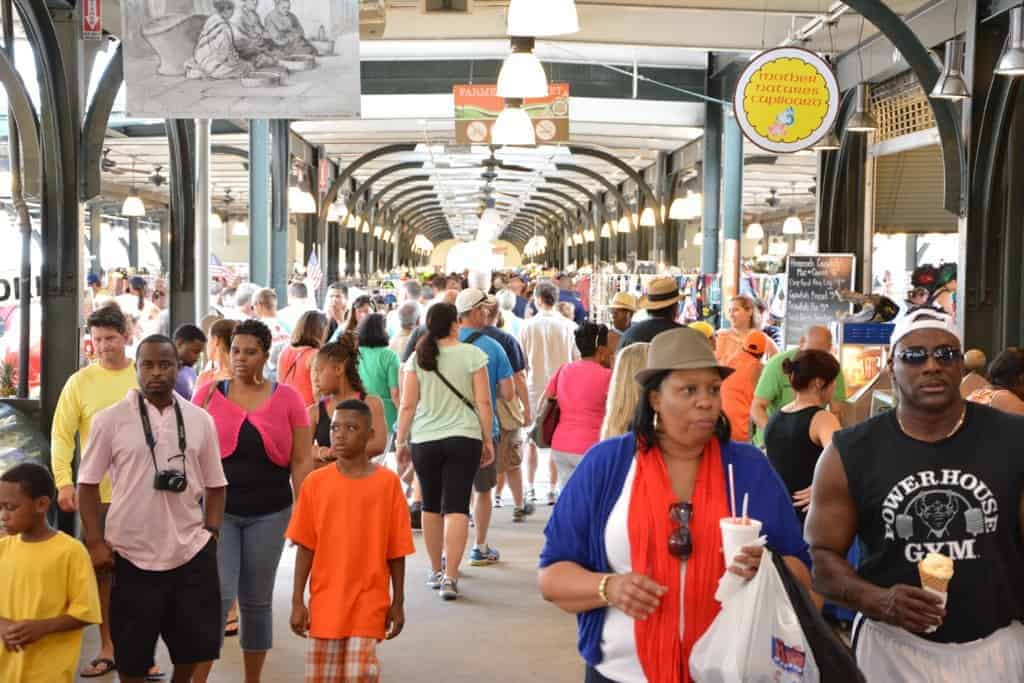 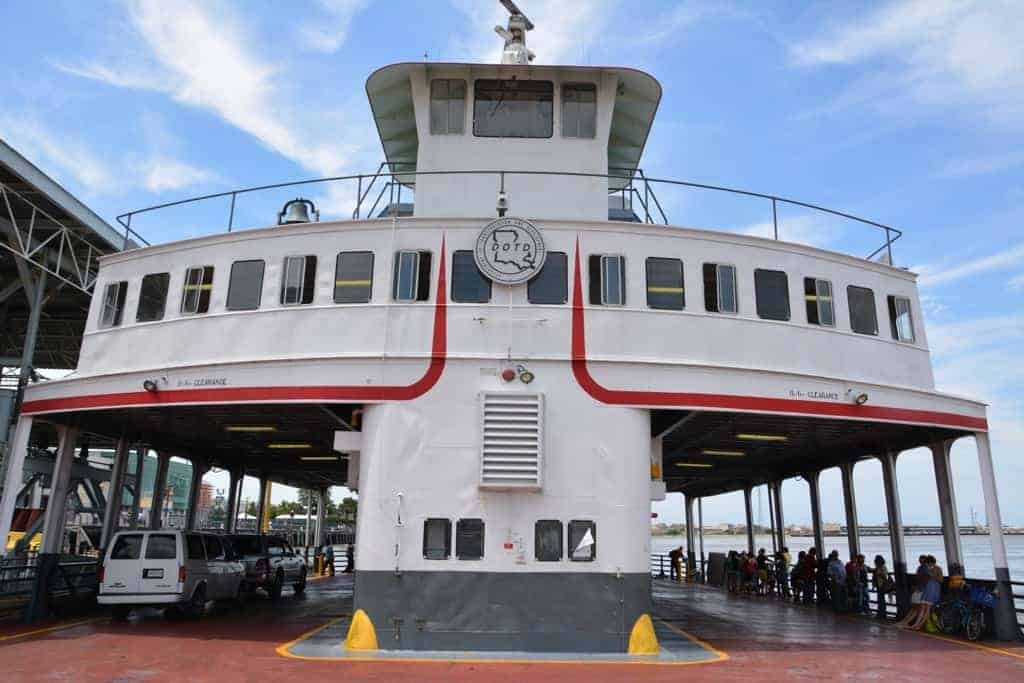 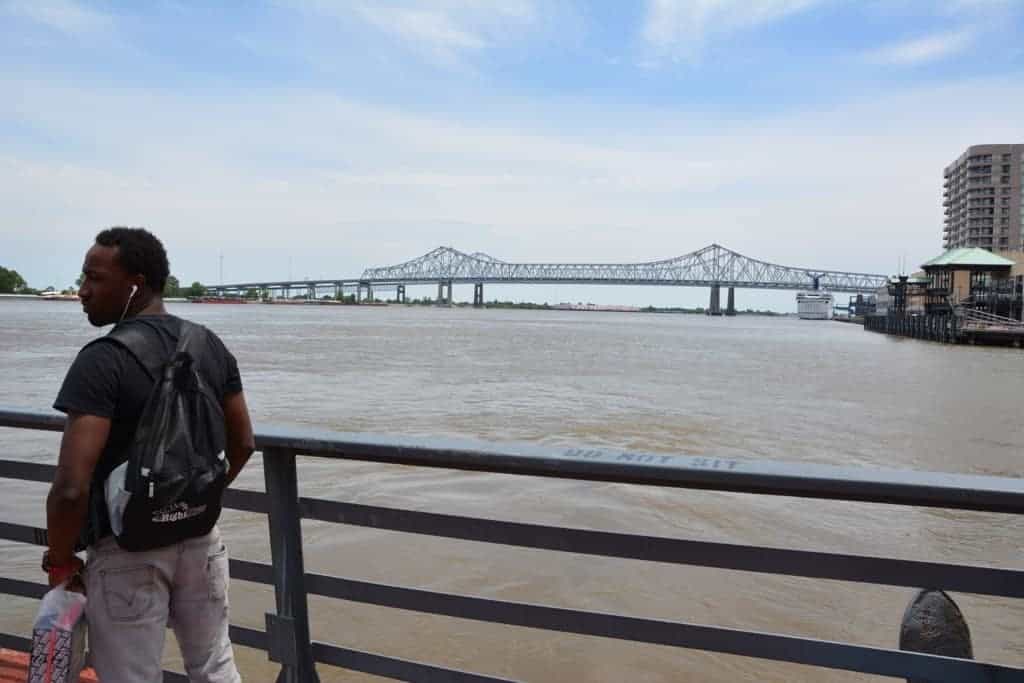 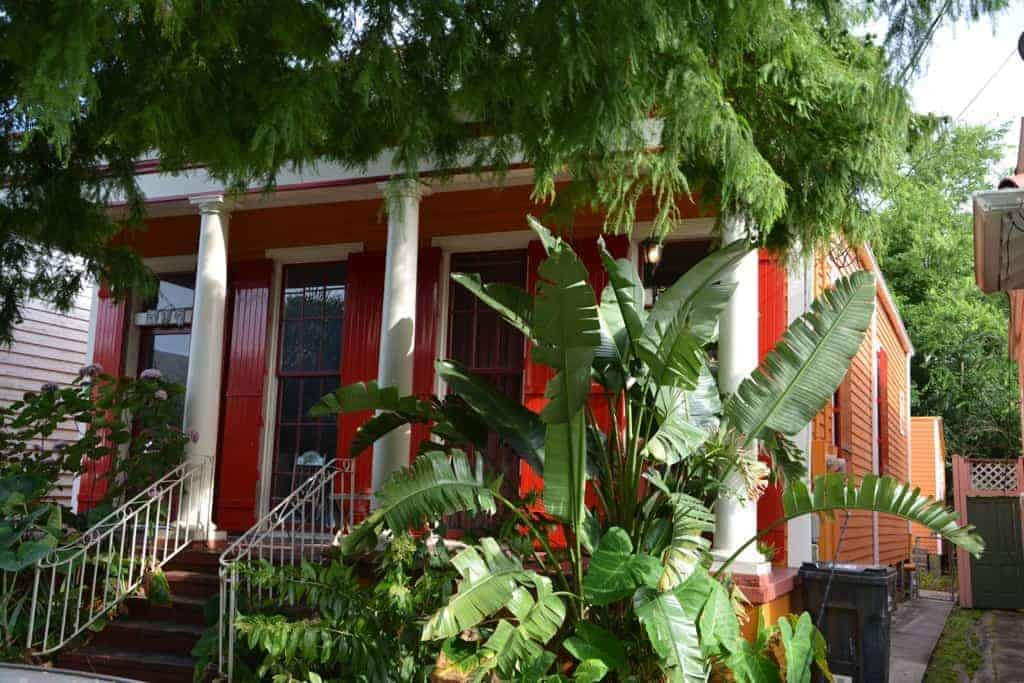 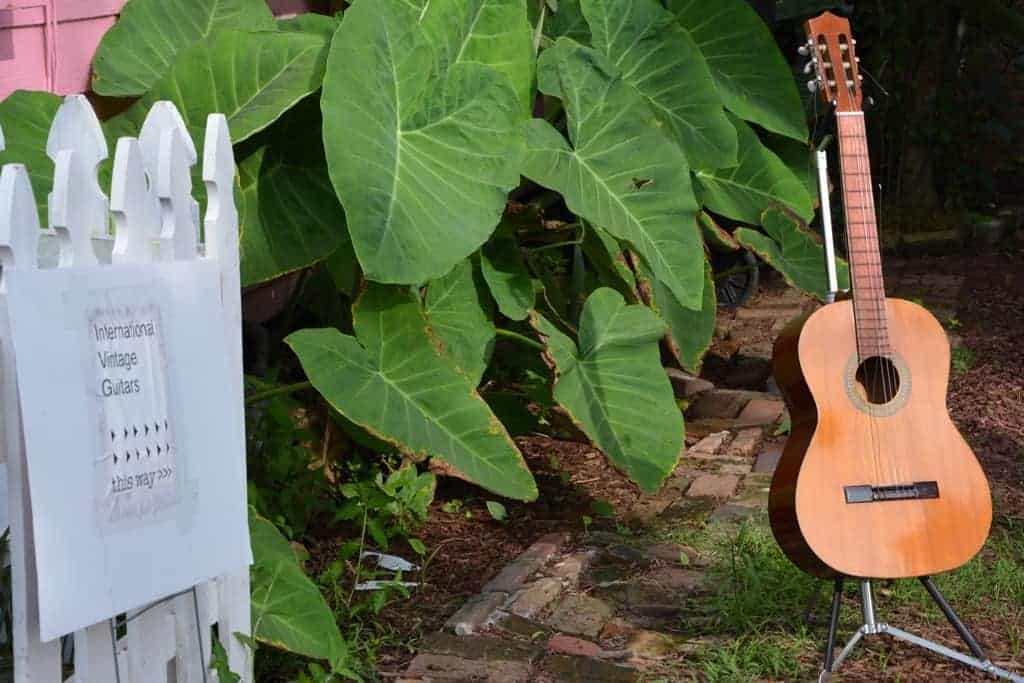 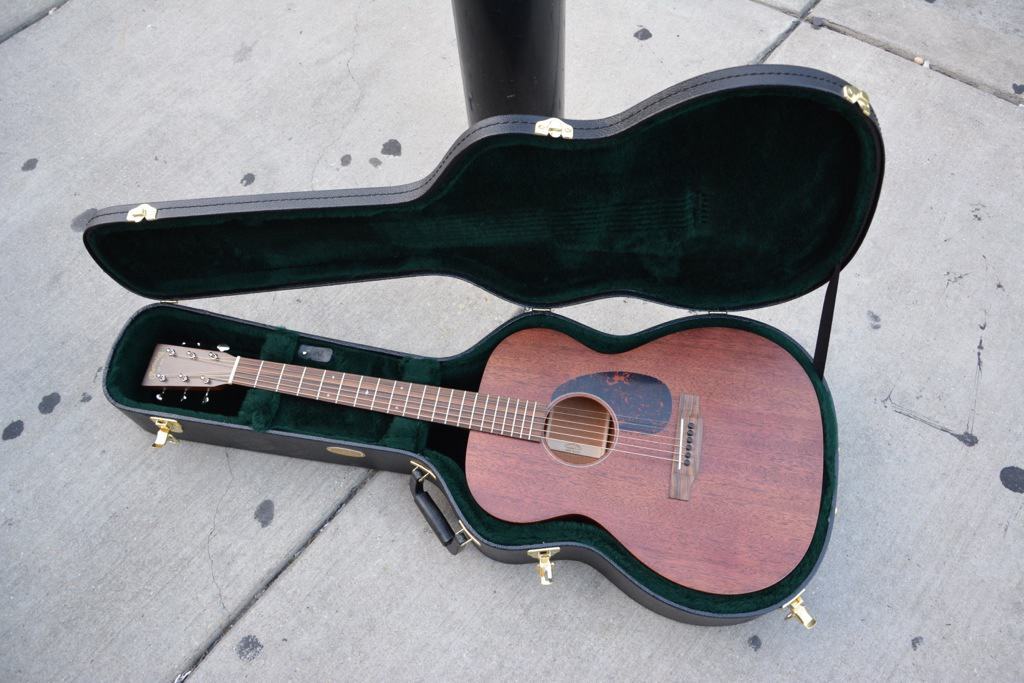 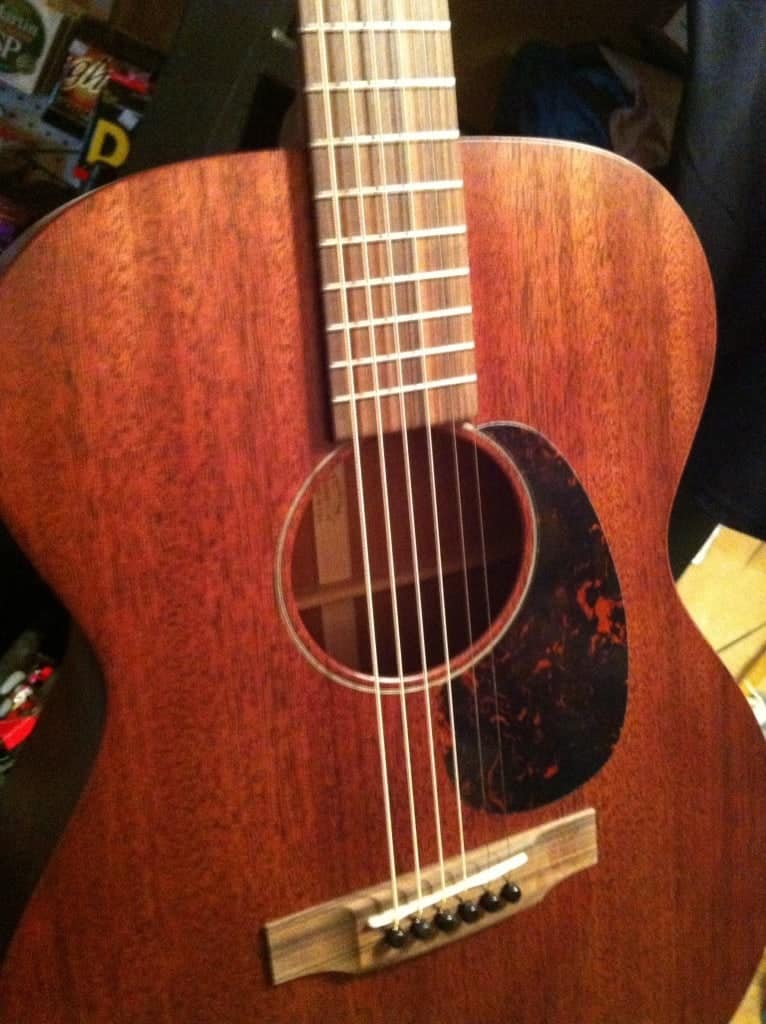 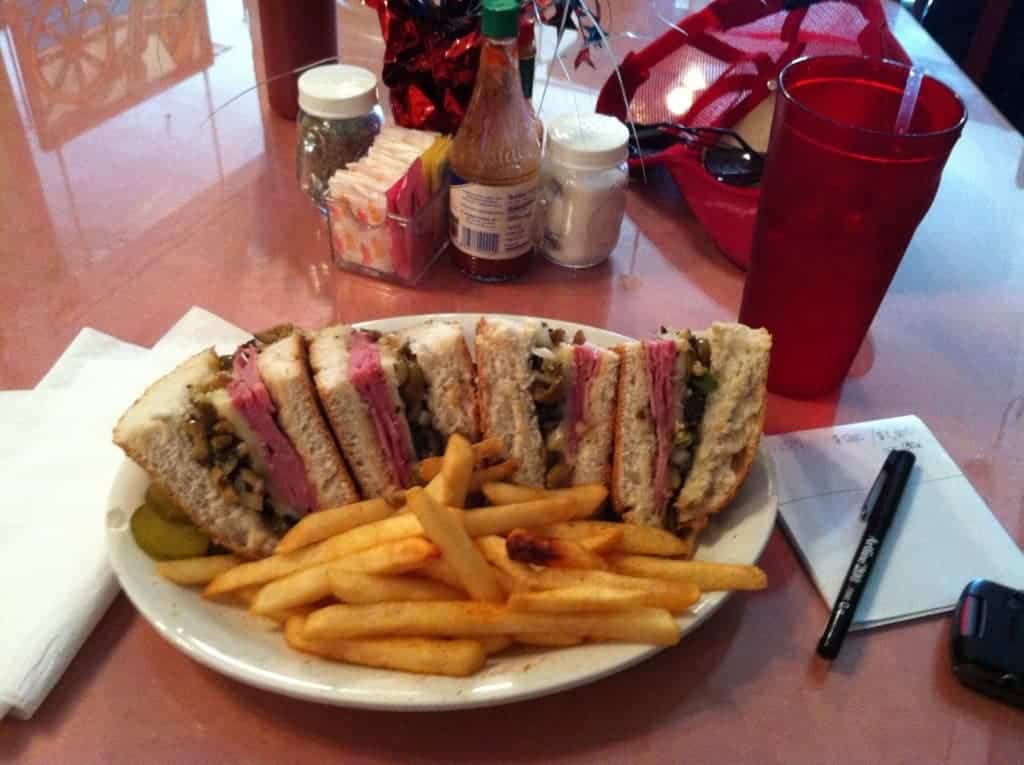 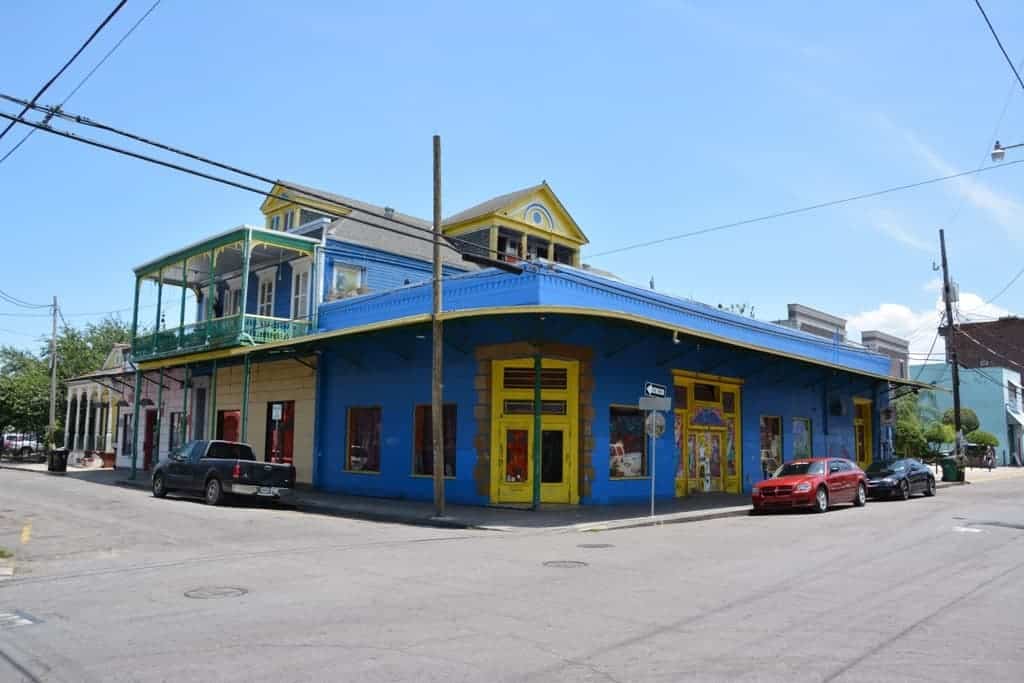 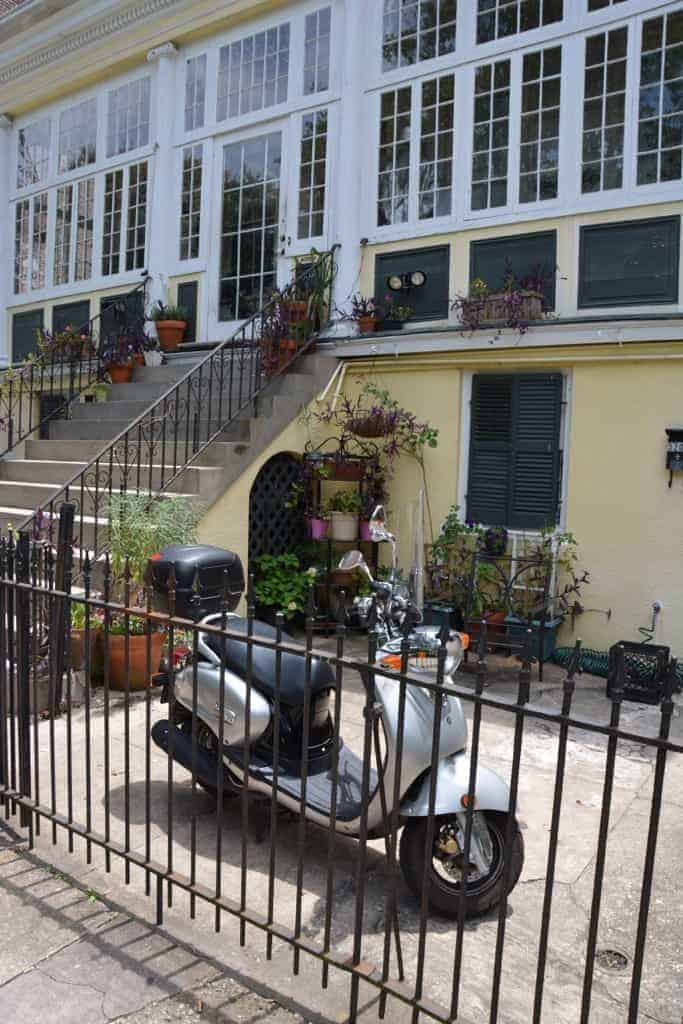