Moved house to Gartland Avenue via breakfast at Sweet 16th. bakery – filter Egyptian coffee, granola & yoghurt with Maple Syrup in a cup and an eyes bigger than your stomach attempt at the house specialty of chilli & cheese egg on sourdough bun.

Paul is an English ex music industry guy now tennis coach whose hospitality is second to none. Another charming chap. I’m starting to wonder if there are any awful people in Nashville at all. It’s an endless stream of consideration and genteel kindness. Even when you approach an intersection it seems that any car within the block pulls up and patiently waits for you to get across.

Slept mildly – my clock was still in reverse. Went to Family Wash for dinner & music.
Perched at the bar and watched the support act, being an acoustic duo – indie pop with mildly fey musings and some engaging storyline & melody which never goes astray. On the right, vibrant ginger headed and chatty Mel who introduced me to her husband Bill who was looking after us all on the floor. The Shepherd’s Pie was recommended by beautiful blonde Rebecca on the left, so I ordered the vegetarian version and a Yazoo local beer.

The venue owner’s band came on – good quality alt rock with an afterglow of psychedelia – feedback squeals & hippy jamming. Often they built into a medium stadium size wall of sound which actually worked in the venue. The room had a strong resemblance to Darwin’s Happy Yess in terms of cultural integrity. In other words, you could relax and feel at home. Or at least I could. Alternately it may have been the combo of Yazoo and sleep deprivation kicking in.

I started forgetting names at a rate of knots. Or more accurately I kept forgetting the name of Joe the New York bearded drummer who also worked behind the bar. Good drummer, by the way – bit like Jim White from the Dirty Three who irrelevantly now lives in Brooklyn. Maybe he reminded me of Dan, but calling him Robert didn’t seem to work. He patiently put up with the vacant space between my ears while I engaged in a conversation with Attorney Rebecca about copyright and patent law (her specialty).

I asked bearded Jim for another beer and like the stalwart that I am began multi-tasking. Yes I was being a real punter – engaging in an intense conversation and listening to the band – at the same time. Life is precious so I don’t like to miss anything. Of course this often means that I do miss things, like the Vietnamese restaurant or the big sign on the door that says PUSH. Let’s face it, I was getting distracted. Rebecca was loving the band, I was loving Rebecca – and Jake the bearded drummer, and the singer, and the music, and the balmy summer evening and Naaaashville I love yooze all!

So while discussing the complexities of enforcing copyright in third world countries that have superficially signed to the Berne Convention, I kept visualising the sort of accidents that could happen if a bearded drummer called Jed were attempting a percussion solo in the immediate vicinity of Mel’s earrings, which had taken on the appearance of giant elongated paper clips. I communicated this musing to Mel and by her response realised I had peaked early.

Sometimes the greatest ideas are just not recognised in their time. Magically I managed to glide back home with a semblance of grace and spent the next 7 hours wrestling with the sheets while the evening ran on auto-loop through the insomniac terrain that I generously refer to as my mind. Could things get better than this? 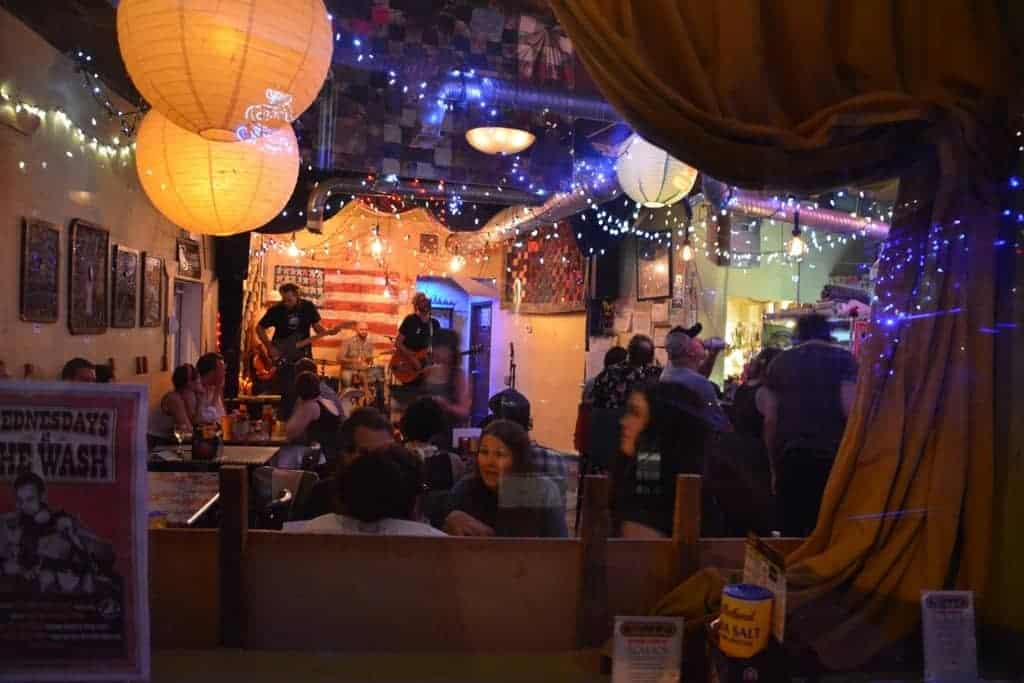 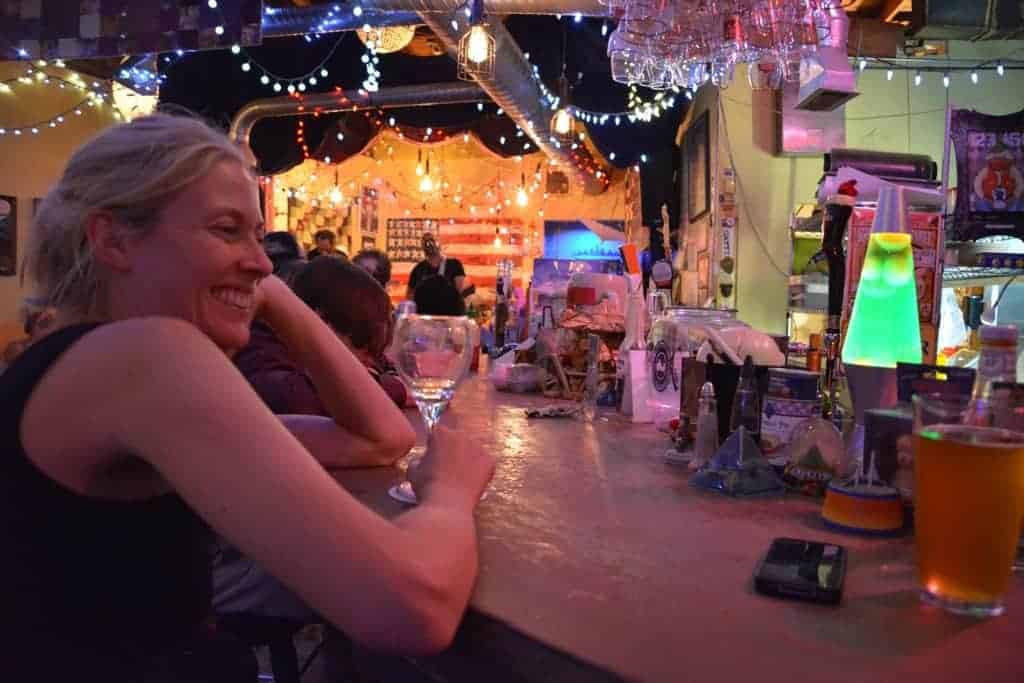 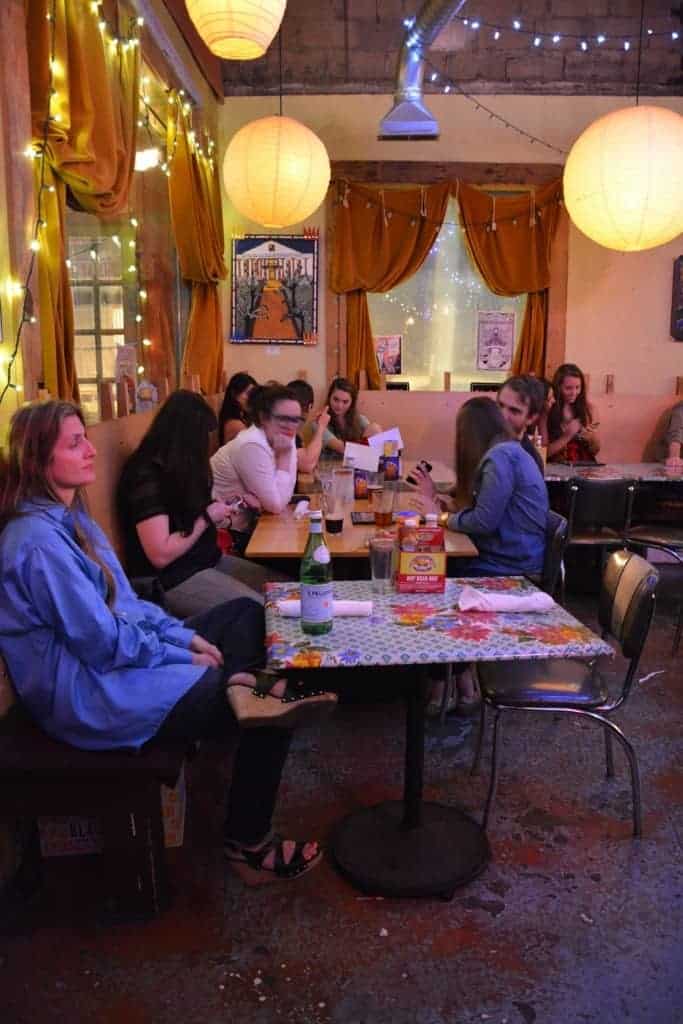 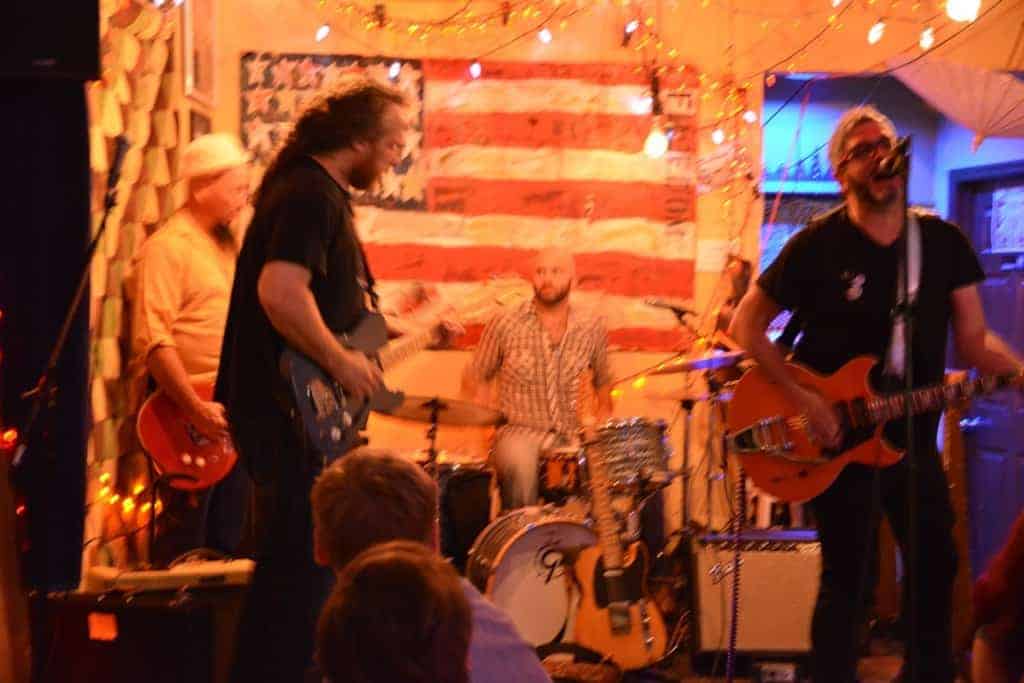