Went for a late morning walk in search of a recommended Vietnamese restaurant – couldn’t find it but in fact walked right past it. Powers of distraction peaking. Had a boutique ginger beer at organic food joint The Turnip Truck and went to Family Dollar for some cheap junk.
Breakfast – Five Points Pizza – slice of vegetarian and slice of prosciutto, coffee.
Guitar shopping @ Fannies – fell in love with a 1950s Gibson ES125 but decided to not snap it up impulsively – it’s all about the foreplay as far as I’m concerned.

My host Nell filled me in on the best gig in town – Time Jumpers @ 3rd. & Lindsley and she even dropped me off. What a honey. You have to get there two hours before showtime or forget it. I landed a place at the last table in corner and had a great time with Matt the English pedal steel player (Mystery Jets), Dave (BR549) and his friend Floren who works for a shoe company based in Peru. I had a Californian chicken salad and began to believe what I’ve been told about the meal sizes stateside – GIGANTIC.

The band were 11 piece with Vince Gill on vocals. The whole thing was astounding really. I was bawling my eyes out at the first slow country ballad and so was Matt. He was basically worshipping the ground that Paul Franklin (pedal steel) hovered above. Eventually I found out that Dave is one of the finest upright bass players around but he was playing the whole thing down. What a modest chap.

Andy Rees – guitar (great tone, gorgeous lyrical style), Vince Gill – vocals @ guitar (brilliant on both – didn’t know he was such a good picker), Joe Spiby – fiddle, Ranger Doug – vocals & guitar (kinda Tex Morton if anybody’s heard of him) and a host of other genius musicians. The accordion player was ignoring the constraints of the instrument. There were some mumblings about 5 members of the band having won 30 or so Grammies collectively.

Then the other guys from Mystery Jets turned up for the last set, we listened to some disjointed ramblings from a big guy with a comb stuck in his shirtsleeve and very neat hair and cabbed back to the 5 Spot for the last set of Soul Night. I believe I had the one or two.

I remember at one point looking around the room at the let’s face it mildly conservative Nashville country audience, and imagining how our table looked to them with the MJs looking all pommy bohemian rock gypsy, yours truly looking Darwin tropical, the guy with the comb looking big and neat, Matt looking like Junior Brown’s son but somehow uniquely English with his new brown Cowboy hat, Floren looking exotically European and sophisticated, merging into giggles and Dave (the most sensible out of all of us) looking bemused, amused and confused.

A fun time was had by all. 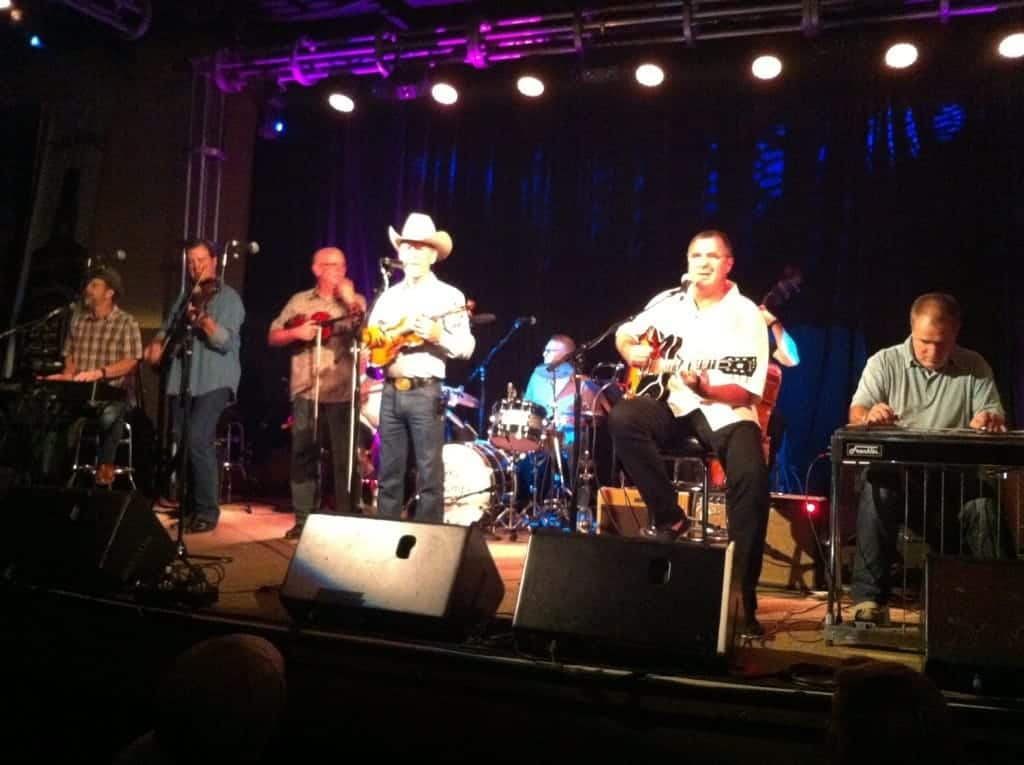 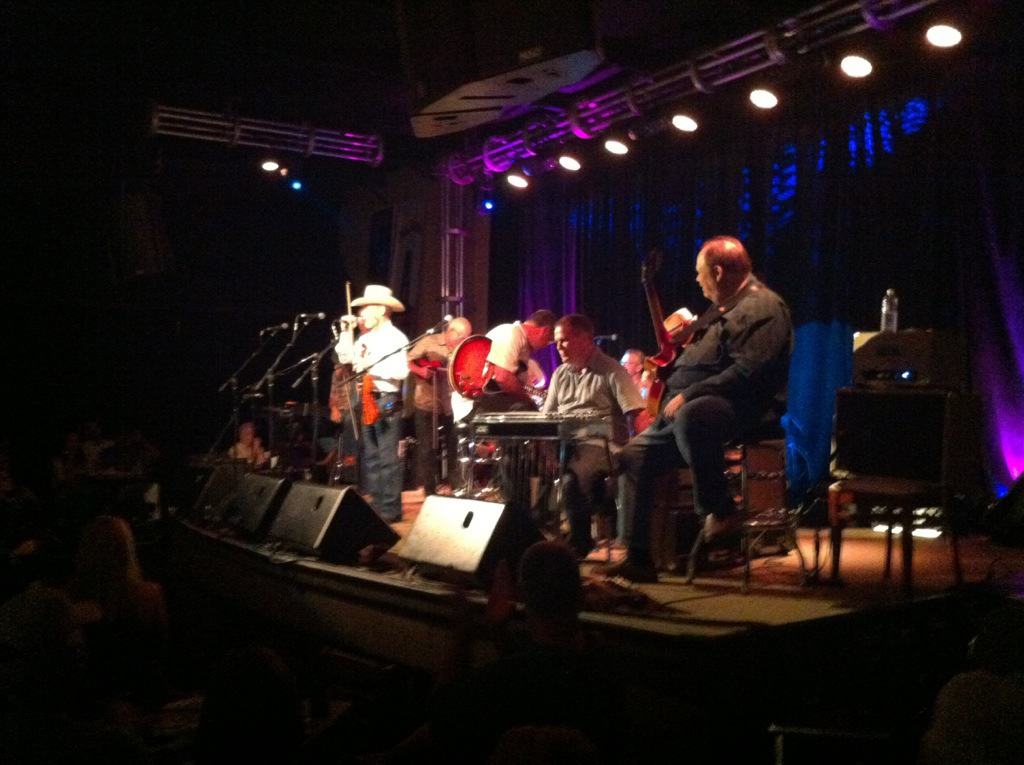 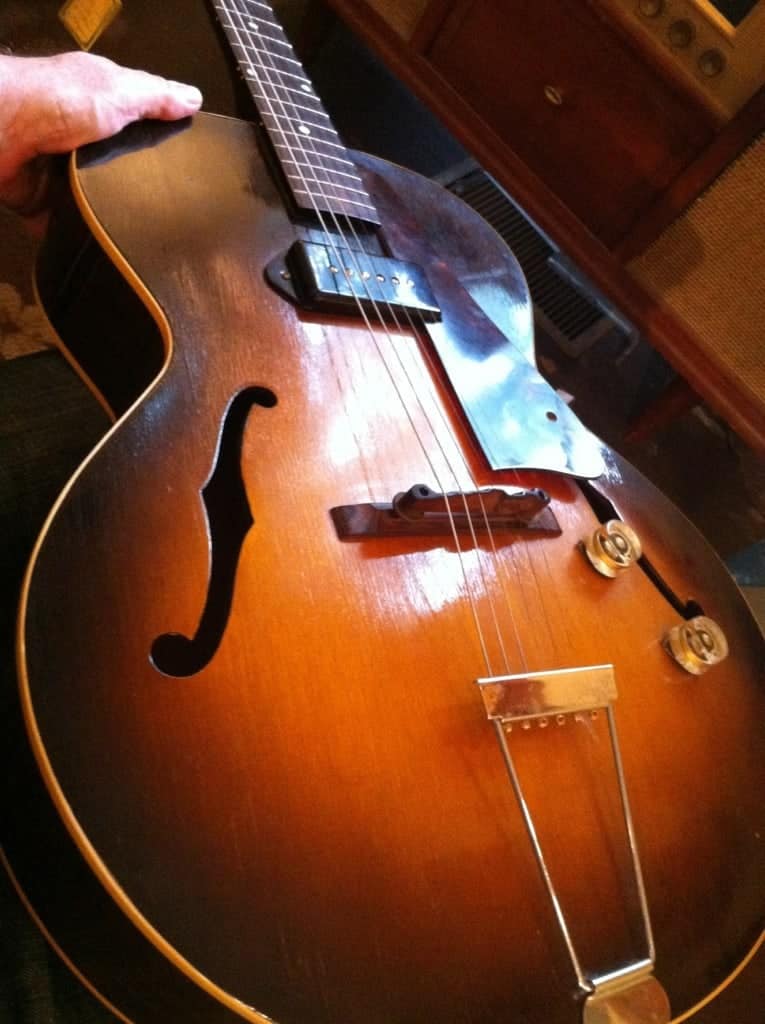 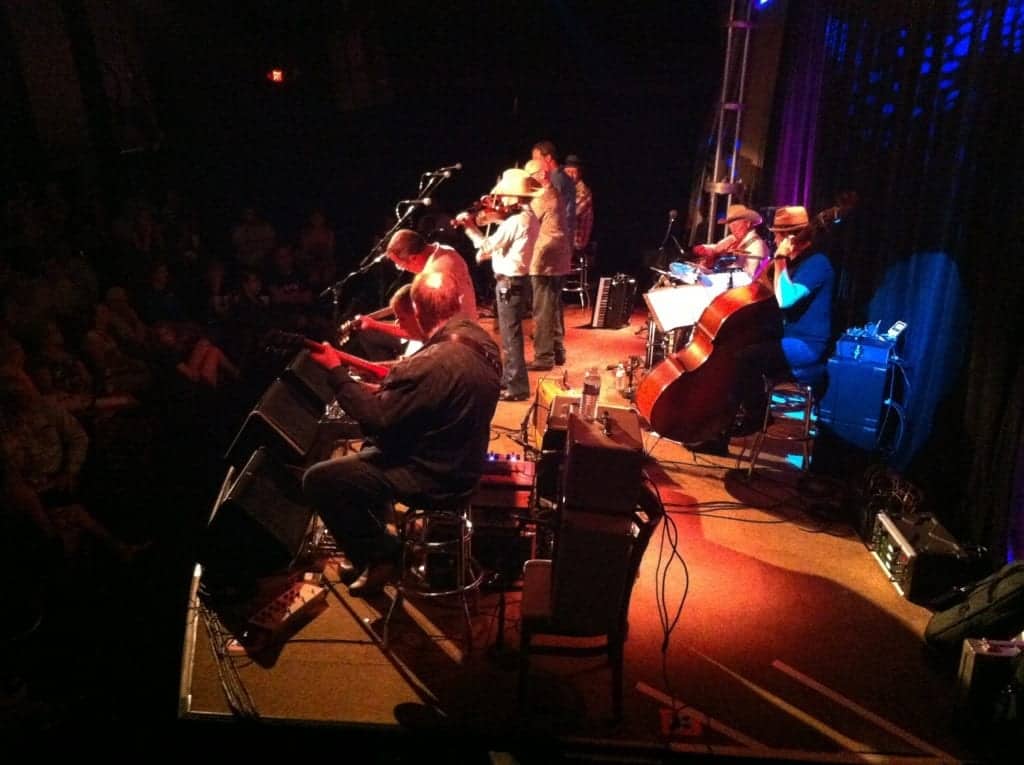