Finally I’m approaching the second day after 30 hours of grinding airborne incarceration. After lobbing at my first AirBnB stop I realise that sleep is calling, but somebody’s not listening. I chat with my charming hosts, unpack a little, attempt to become horizontal but my usual state of insatiable curiosity pushes me out the door onto the street. Got ants in my pants and starving for a decent feed. The first joint loads me up with a fresh tasting chicken salad and a jar of local brew and I’m feeling normal. The staff are affable and informative. That beer tasted fine – off to a bar.

Ten Sixteen is first up and straight away I’m gassing to Jason and his mate who’s enjoying the ice hockey. This place has only been open one day so everybody’s trying hard to make it look like they’re not. It’s about a 12 hour session ahead of us, but the general gist is that after confirming that Australians and Americans are just like normal people and neither of us are gay, Jason and I peel off and hit a series of establishments in an effort to monitor the quality of local product. His mate has a crook stomach and bails. The only thing of real note is that the current craze for getting shitfaced is a drink called “Bushwacker” (an Australian term I believe) which is a shot of Kahlua, milk and 3 more shots of undefined origin. The effect is predictable.

After visiting the bar on the corner we are legless so naturally head on over to the Red Door where I get asked for an original copy of my passport as verification of my existence. I’m sure that zapper machine at Washington Customs geo tagged my DNA so why the (insert expletive) do they need my passport? I’m glad actually ‘cos the music is Neanderthal, so we get a cab to Foo Bar where it all ends.

Now that doesn’t really sound like 12 hours and I know that at this stage Australia is well into tomorrow or the next day, so that means I must be ’round about yesterday. It doesn’t sit easy with me, being a futurist and all but I’m stuck with it. More beer, pool, a flash of skinny legged black jeaned teenage hair tossing guitar wielding action in one of the rooms and I’m on the back deck with Jason and new found Dani for the wind down. Driving is not really happening for anybody at this stage, so I end up on the street at the front door perplexed as to why the previously static bar sign has become a mobile.

As well as that, the footpath has taken on a mystical undulating wave action making the hailing of a cab quite tricky. 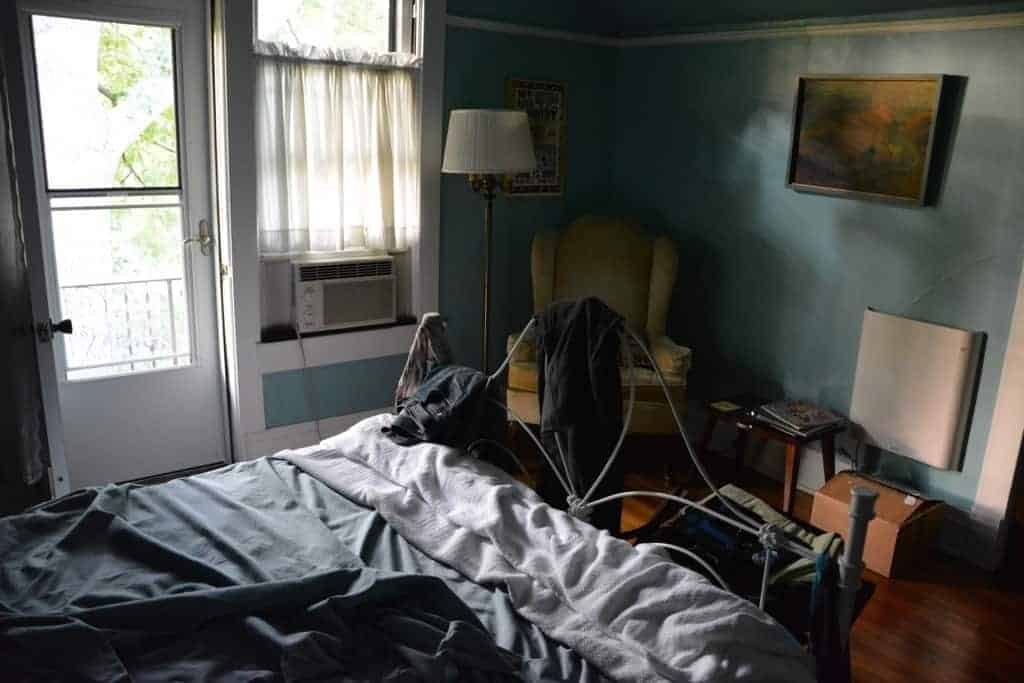 So the evening of Day 2 (loosely speaking) is spent at the 5 Spot. 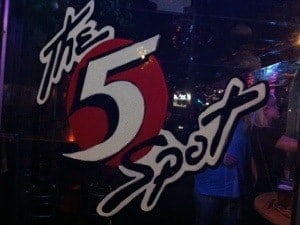 It’s a cover band which is the last thing on earth I came here for, but by the time I realise that – I’m hooked. All 5 of these guys are great players and the versatility is a bit gobsmacking. Apart from that they are a lot of fun. The sample repertoire below probably looks average at a glance but what makes these guys cook is the genre accuracy from a technical point of view and more importantly the “vibe of the thing”. They switch from full blown Nirvana screaming and power chording to a genuinely jazz take on an instrumental. 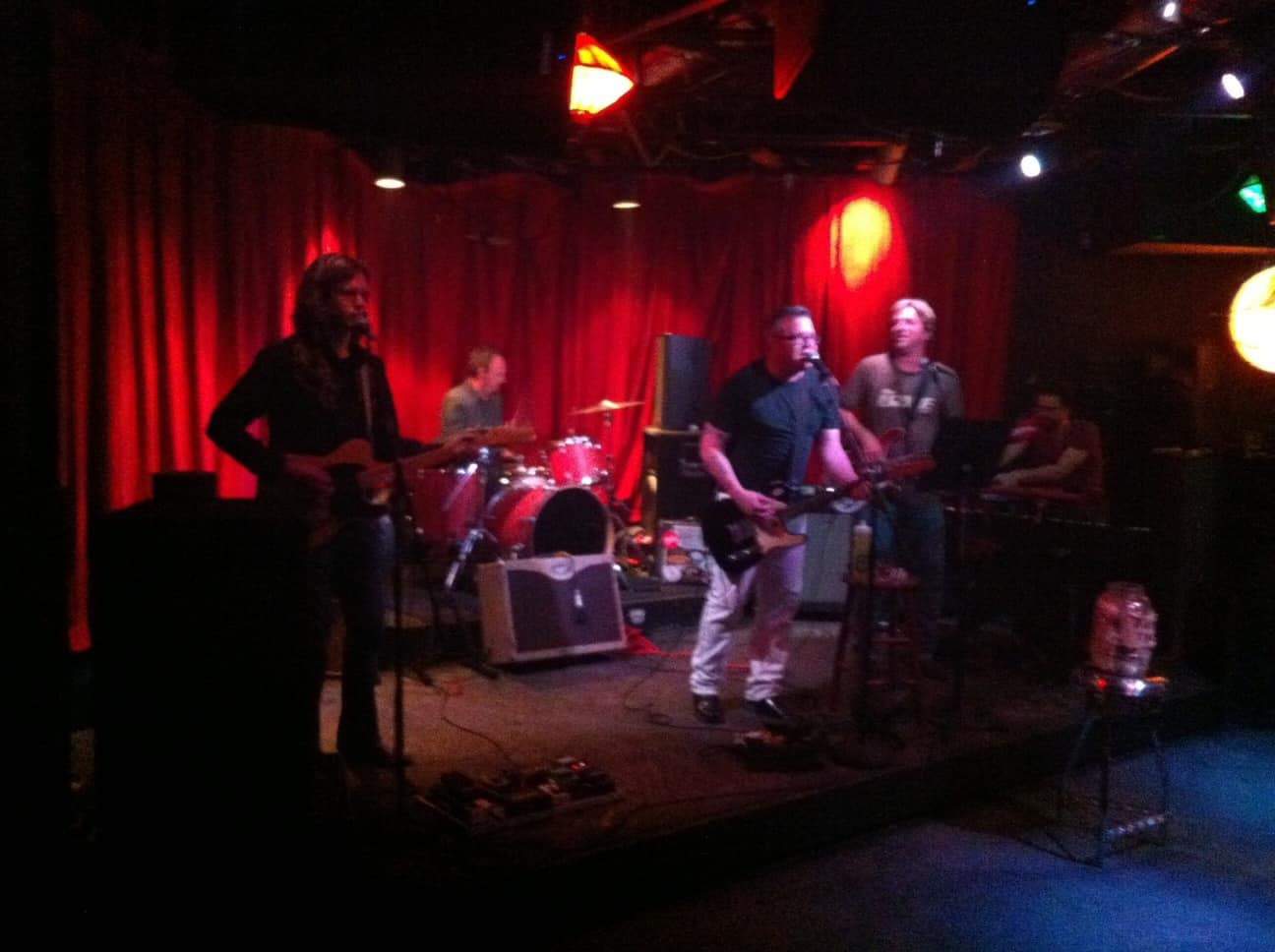 Look that’s all I’m gonna say because I hate even the idea of a cover band, so maybe I was just jet-lagged, confused and determined to have a good time in my first music bar. I’ll leave you with 3 things: an idea of their repertoire, the fact that their bass player is living proof that men CAN multitask – witness the ability to play bass, sing and smoke a cigarette all at once, and the fact that the following night I was going to see the best act in town almost by accident. 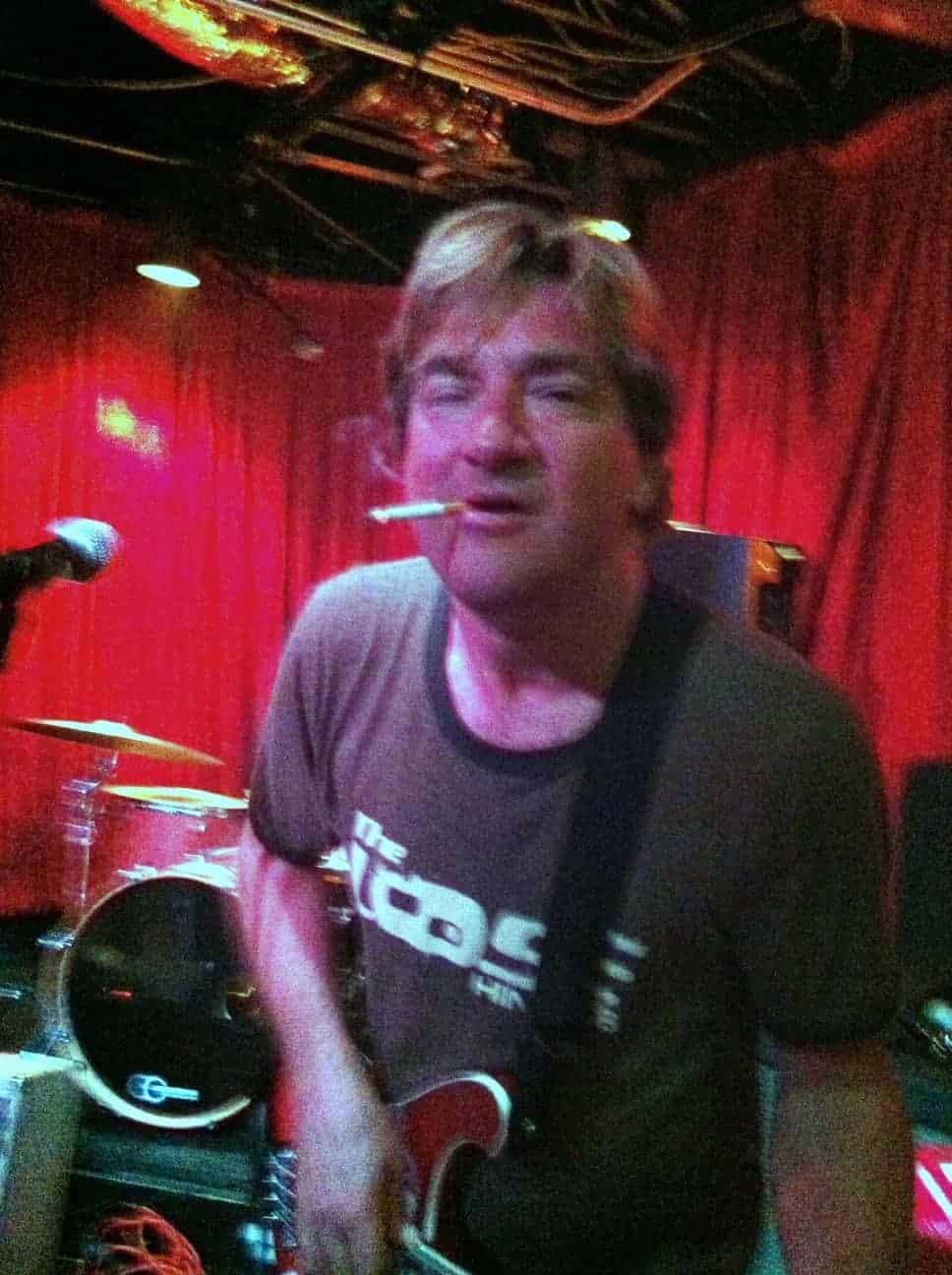 Thanks for a top night guys
🙂