Well this is it folks – last day of the trip.
I figure we’ve talked enough about plane food, so I’m not going to cover the trip back to Australia, except to say it somehow seemed easier than the trip over to the US of A. There was a day stopover in Manila to take a breath and the smell of chaos was as always, initially refreshing, morphing into “can I go now?”. And I did.

So…back in Nashville.
Lunch with Anne McCue at Mas Tacos, a Mexican in East Nashville.
Anne is an ‘ole mate from back when I recorded her playing guitar for Sherry Rich in Melbourne in the late 80s. As soon as she started to record her own songs it became apparent that apart from her excellent playing, she had the voice of an angel. She moved stateside and it’s been good for her, personally and career-wise. She’s also worked with and for Ray. We sat in the garden and talked about music and her new album which is jazz blues in styles from the 30s to now. She’s also got several non-musical projects on the boil, including a children’s book. There’s a plan to go over to Darwin and play at the Railway Club – my stomping ground. Pity we didn’t get to catch up more, but she was right in the middle of finishing her album when I lobbed, and I understand how focused you need to be in the last leg. The chat was so much fun I didn’t even get a pic, but here’s one of me guesting with her at the Darwin Festival in 2008 just for old time’s sake. 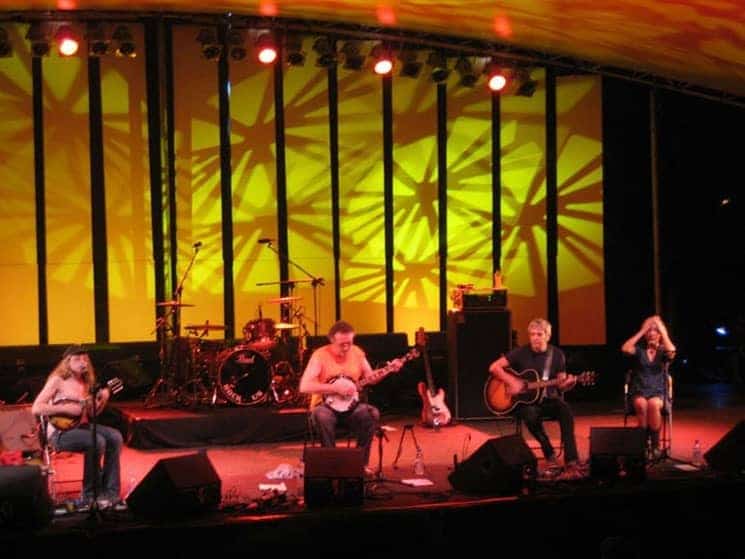 Later, Paul drives me to the pedestrian walkway which takes you over the river into downtown. 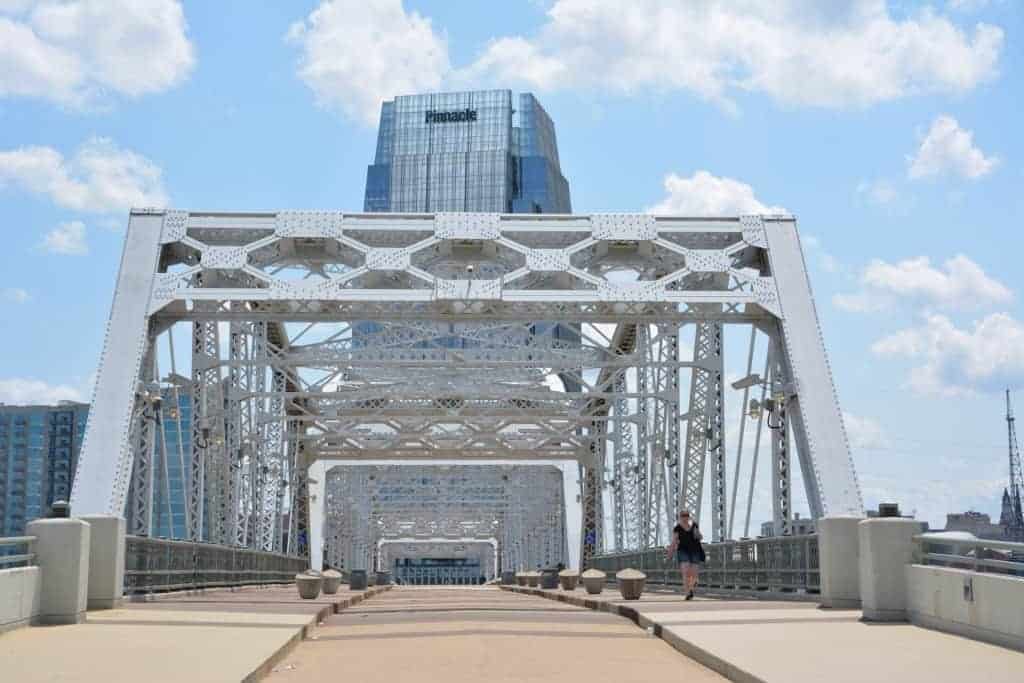 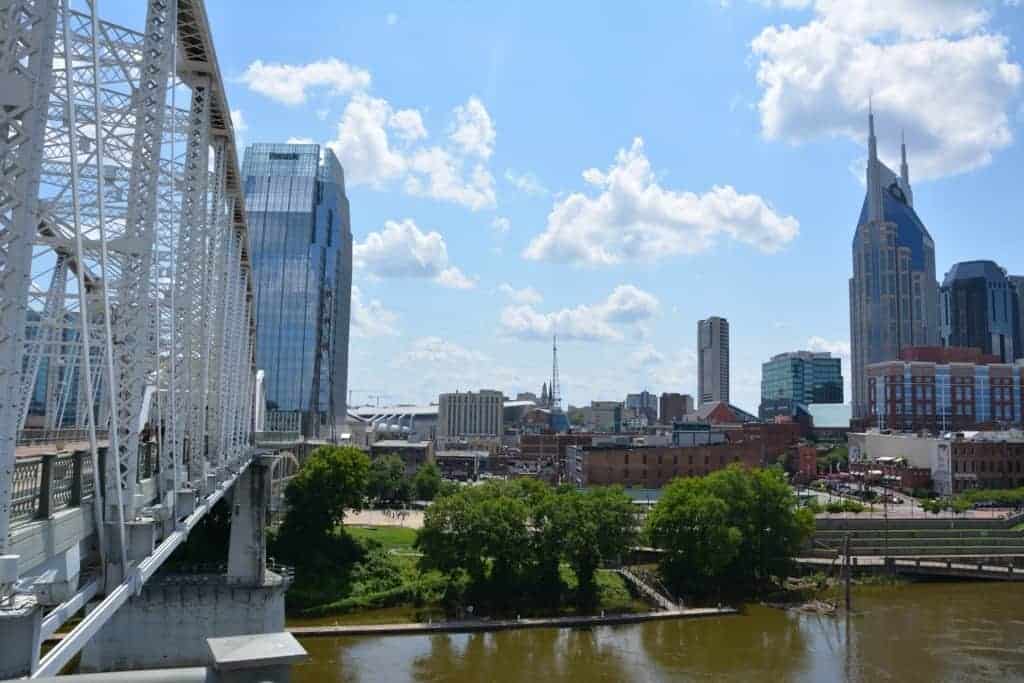 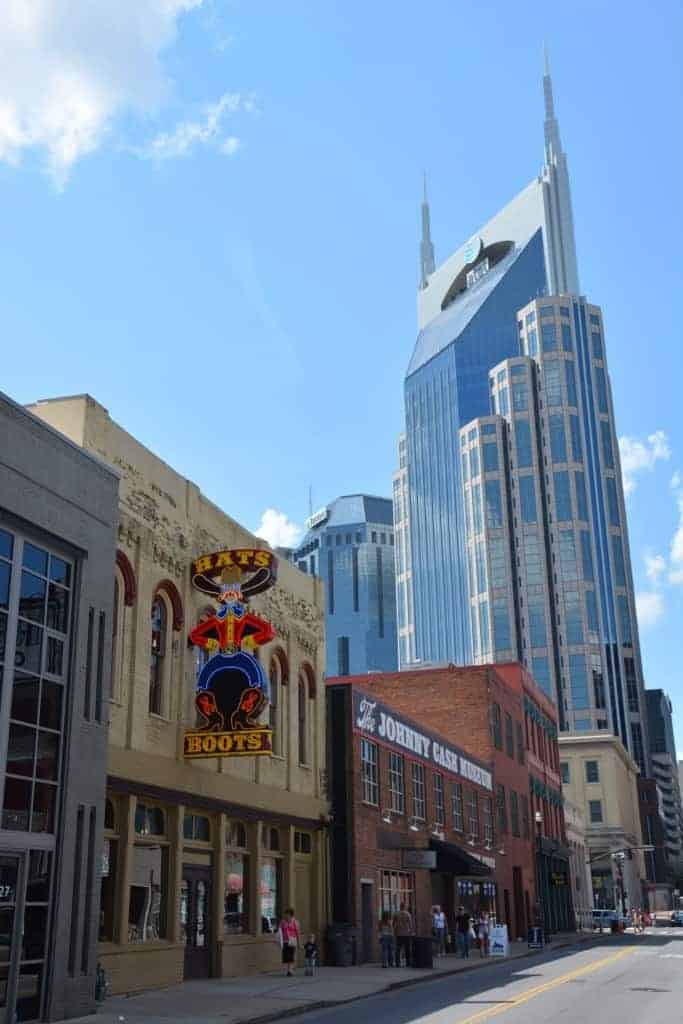 I walk to the Ryman Auditorium (home of the Grand Ole Opry) and go on the self propelled tour. Get a photo taken on the stage and instead of standing like a stunned mullet with the prop guitar I launch into “Lazybones”. I’d been told the acoustics are exceptional and there’s no doubt it seems effortless to fill the hall with guitar and voice. The photo queue responds – hearty applause and I’m handing out cards and pressing the flesh. As per usual I’ve left my CDs at home.

There’s also a recording option in a small booth on the side. It’s $20 to sing along to backing tracks or $25 if you have an original song, so I do the latter and get an on the spot CD. 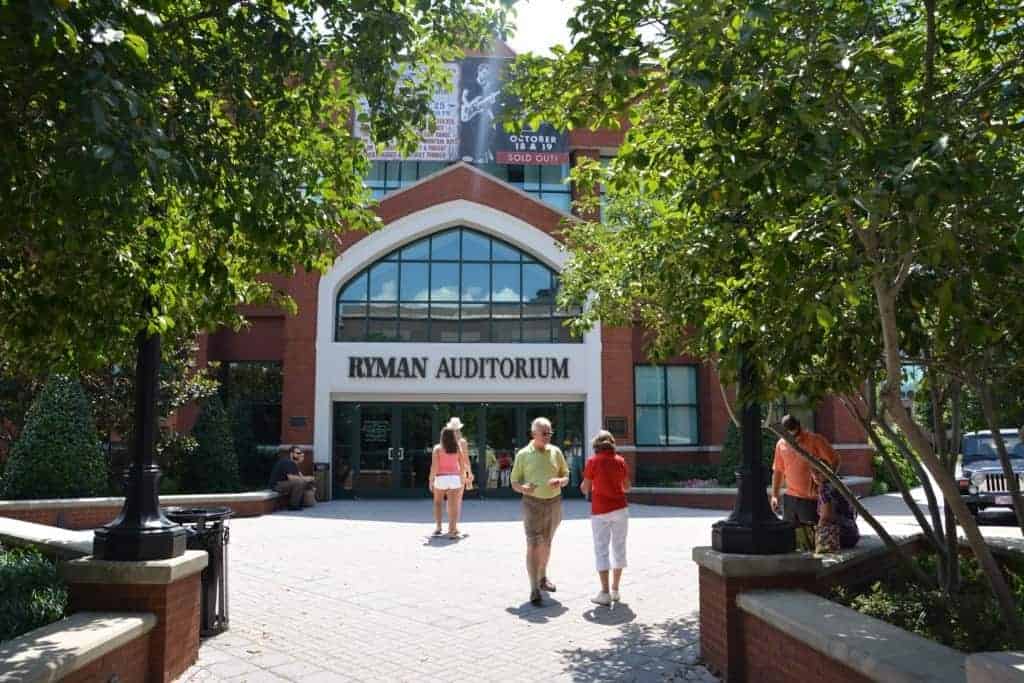 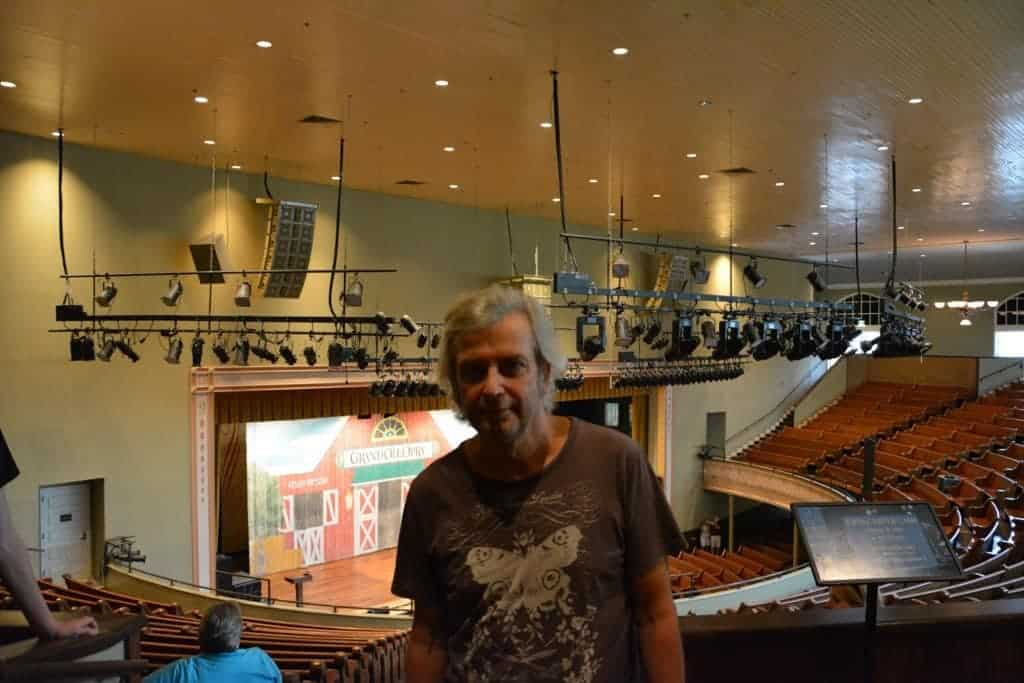 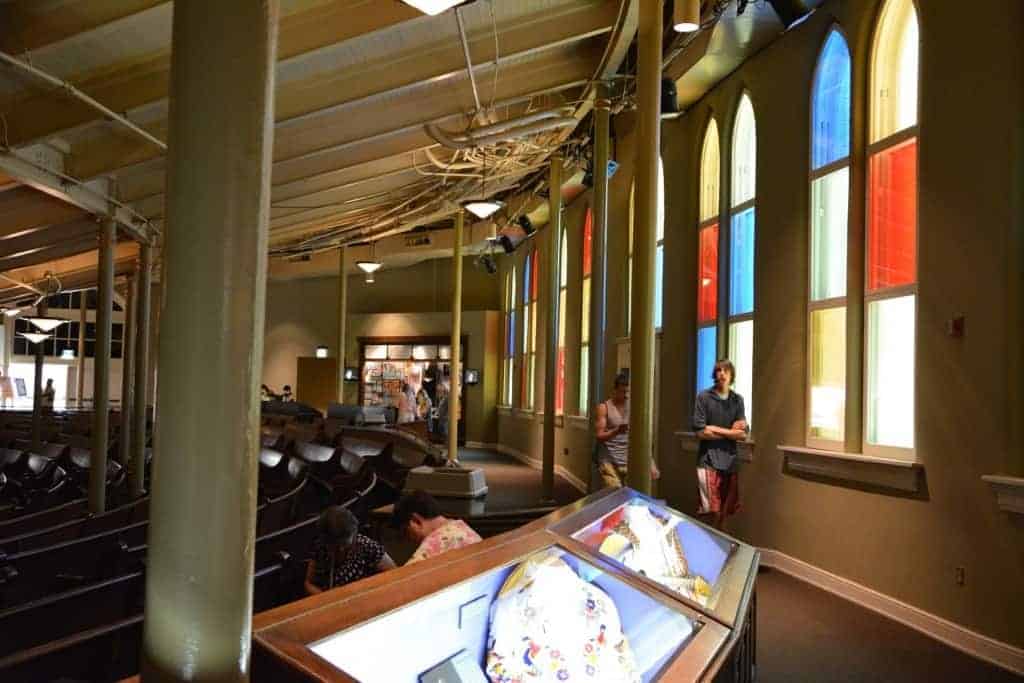 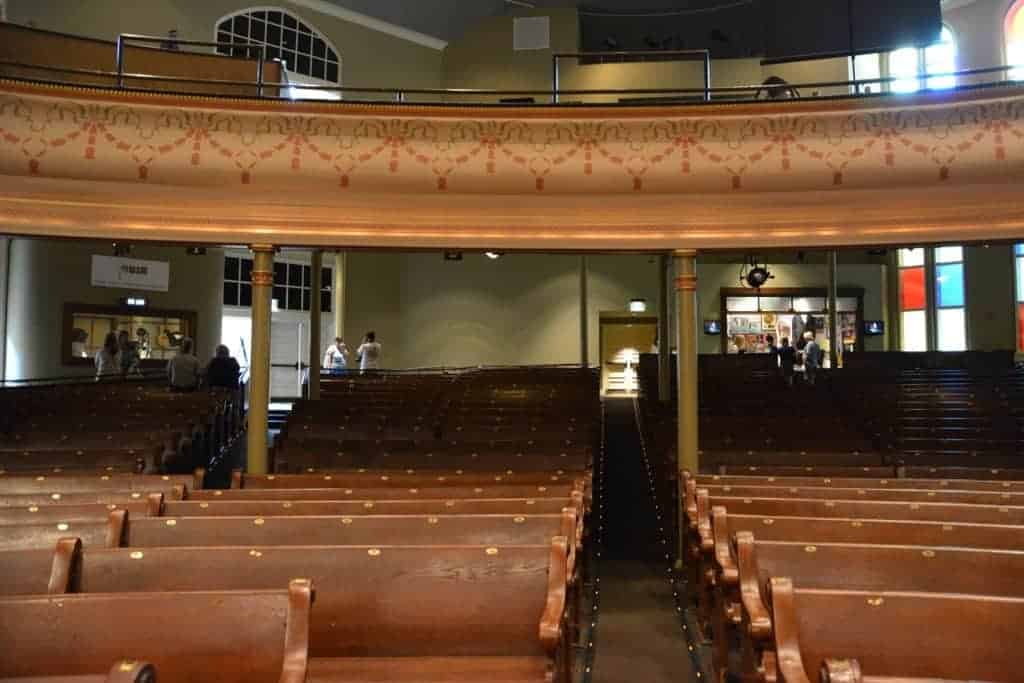 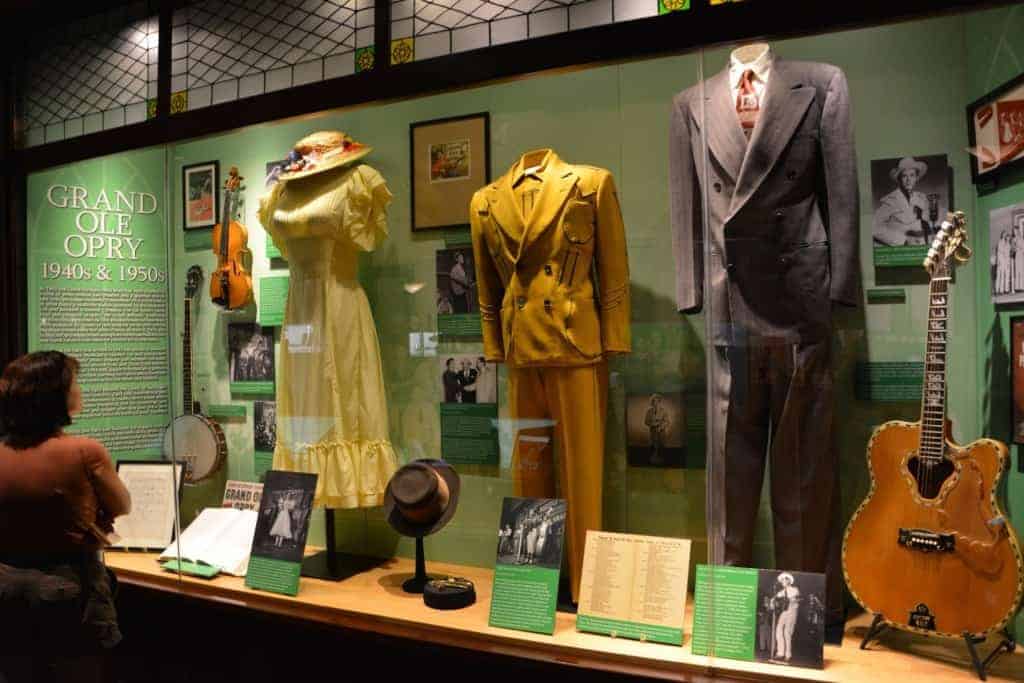 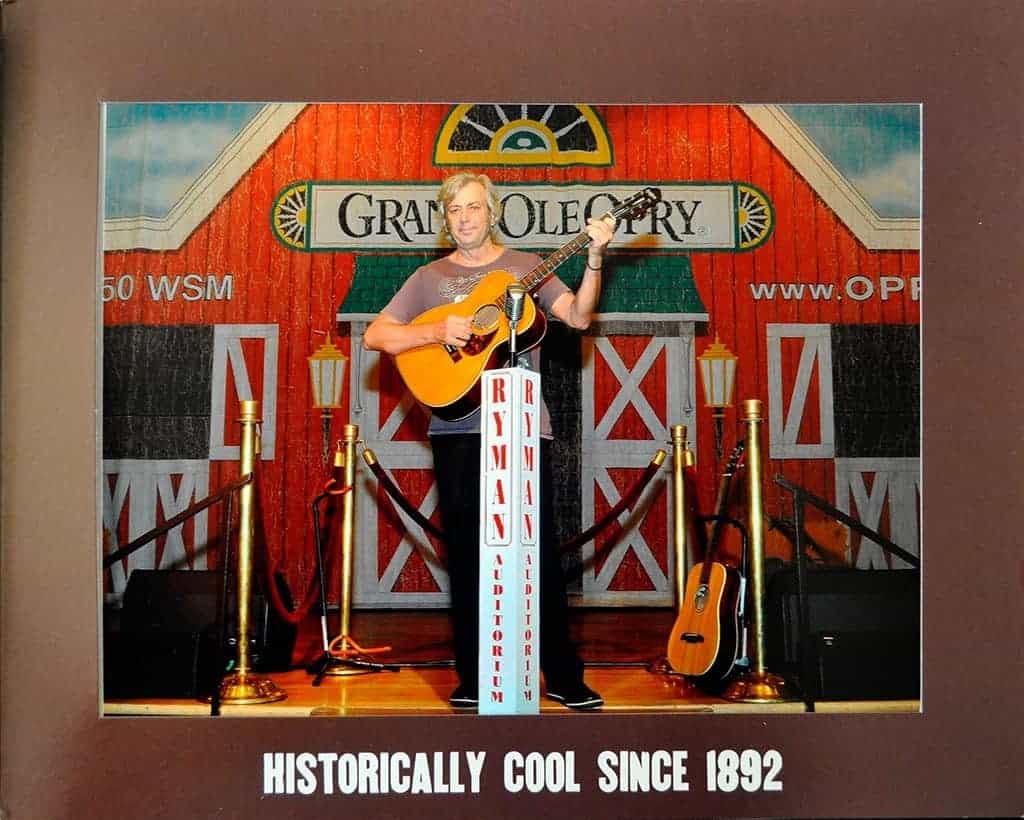 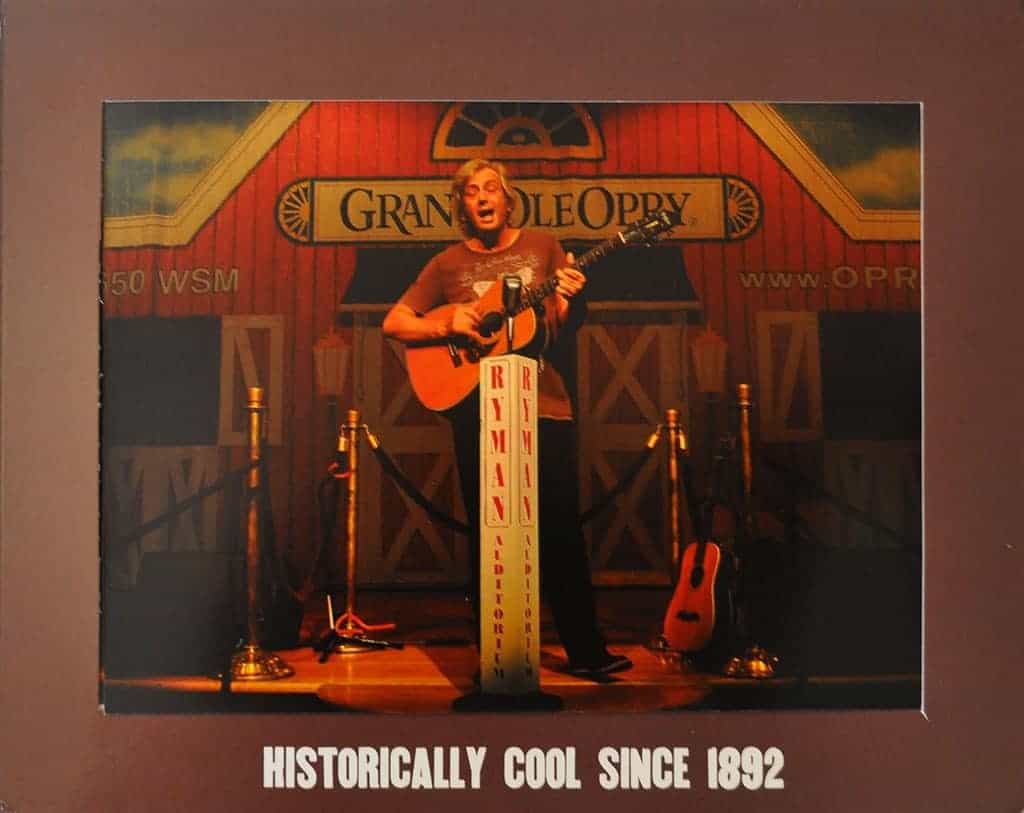 Then off to Jack White’s Third Man Records and souvenir hunting. The sing / record / get a 7″ Vinyl single booth is not operating unfortunately due to lack of vinyl, so back home for email, blogging etc. Packing is the sort of thing I like to reserve for the last 15 minutes before I leave, while the cab is on it’s way. This adds a certain air of panic and adrenaline, if the rest of your day is shaping up to be dull. 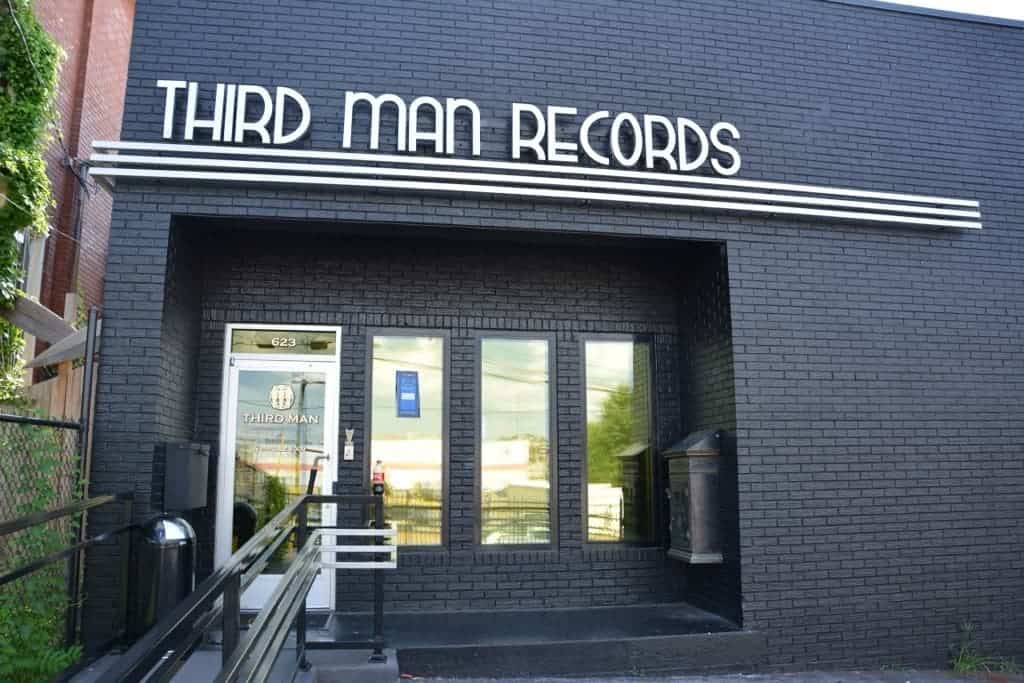 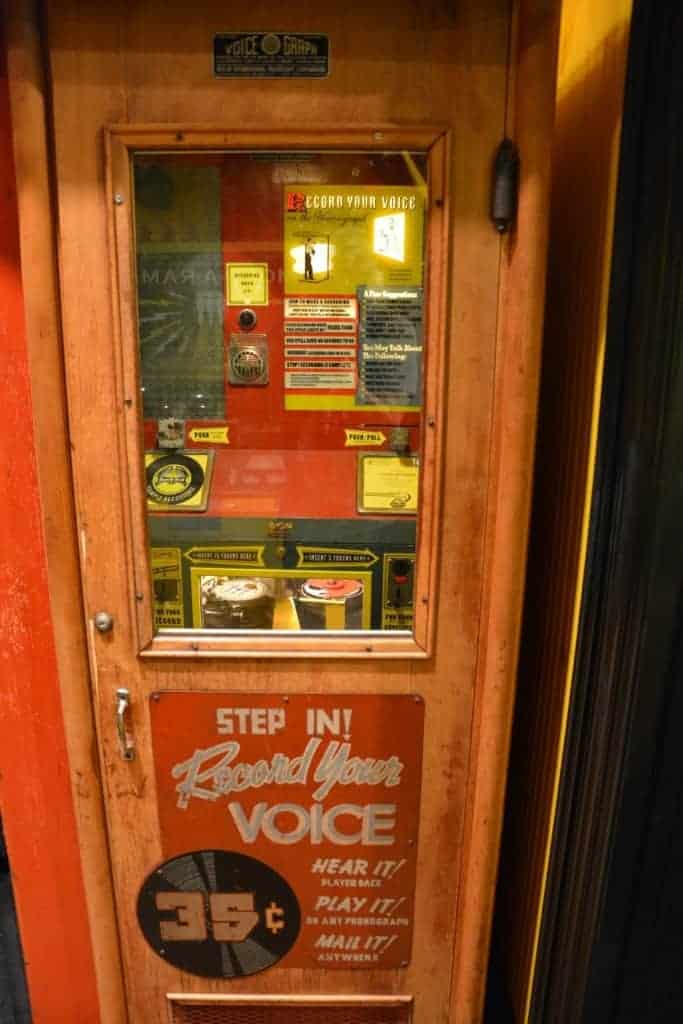 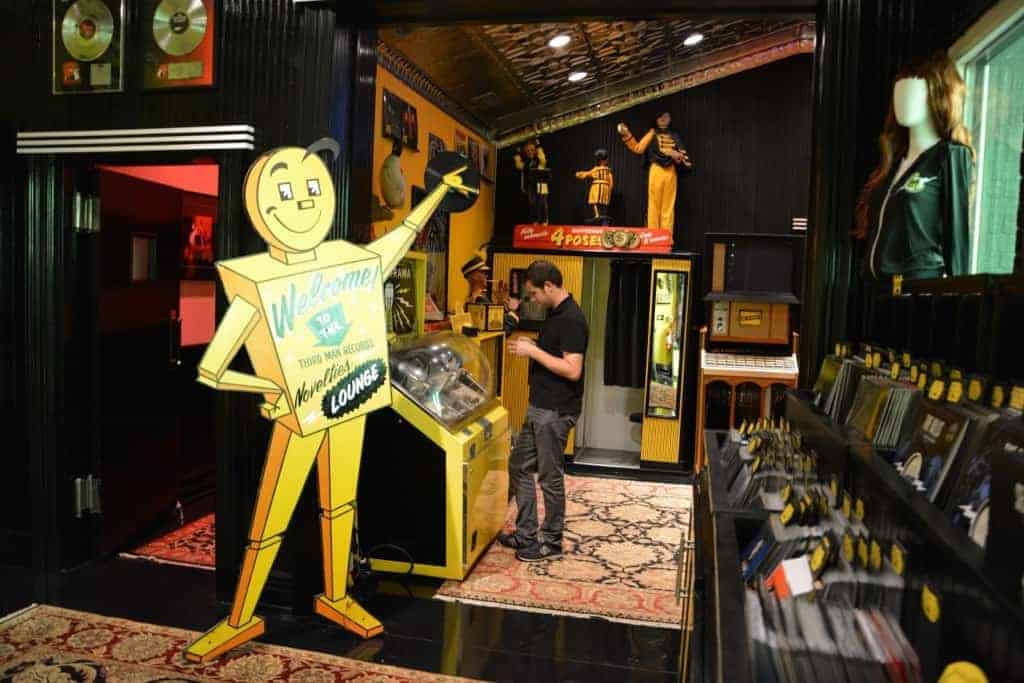 My brother Andrew lives in Ho Chi Minh City and when I visit we hang out with his mate Rod Quinton and family. Rod runs the Boathouse and a bunch of other musical stuff, as well as bringing Bob Dylan out to HCMC to play. It turns out Rod has a niece Amanda in the music biz in Nashville, so he emails me her deets. On my last night we hook up for dinner at Eastland Cafe nearby. We eat lightly and talk rapidly about this and also a bit of that. She tells me about her work at ISC and knows the work of Darwin songwriter David Garnham who took out the Americana category this year. As most of you know, David’s band and mine are pretty much the same lineup except I think the singer’s different. 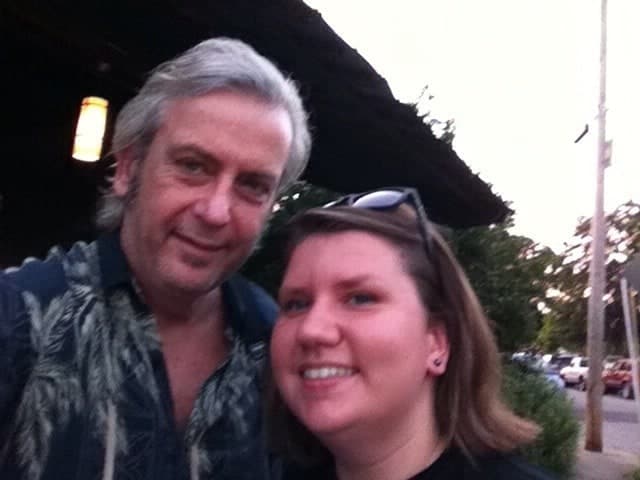 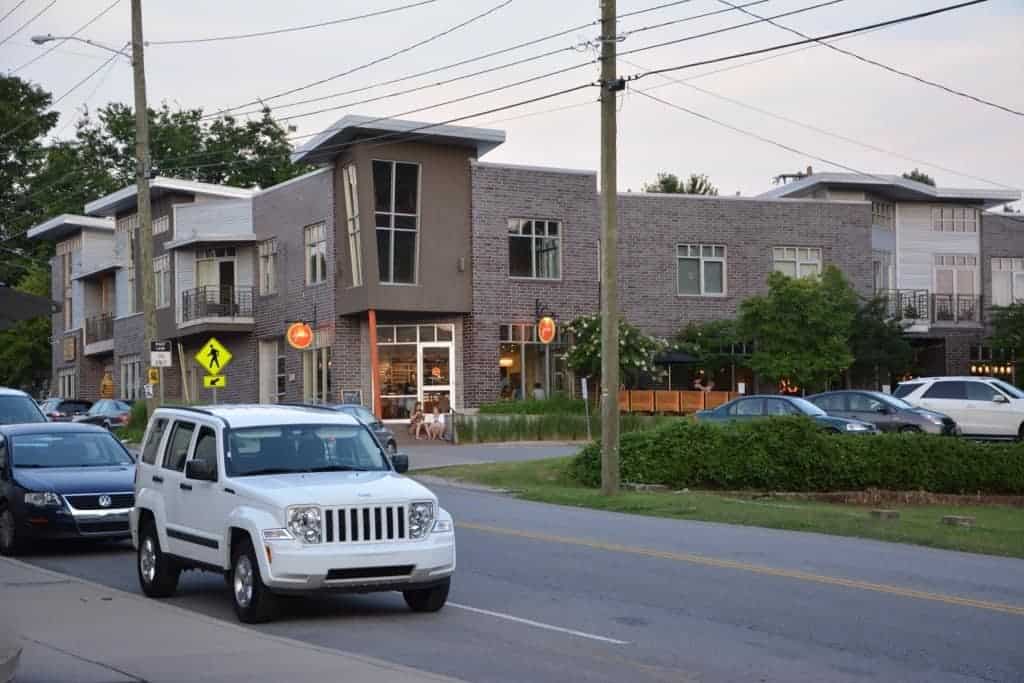 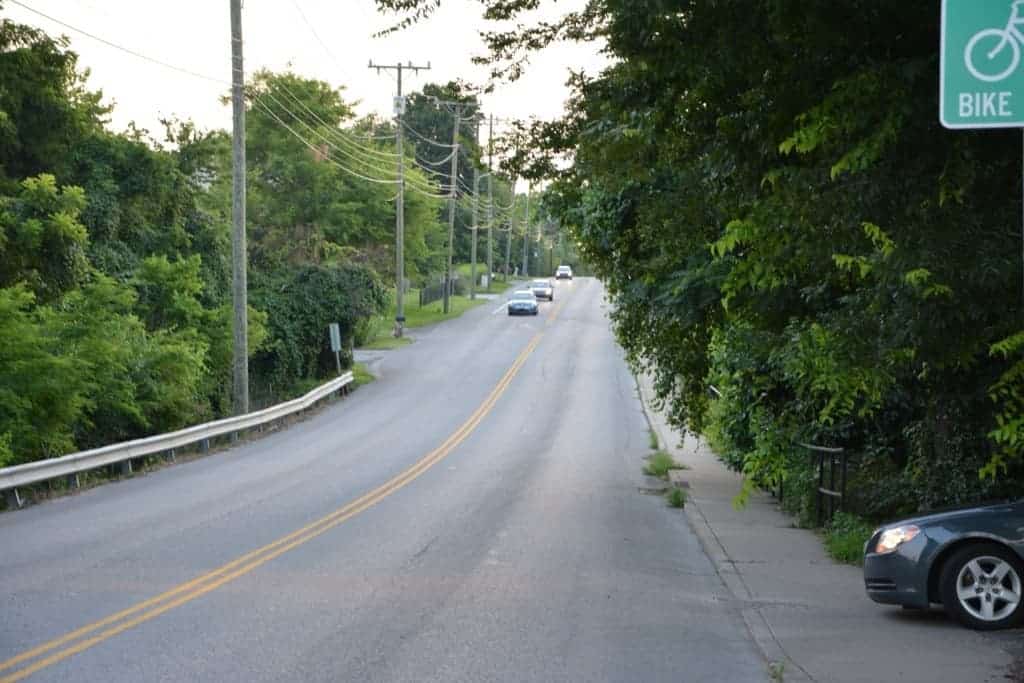 I want to catch up with me Ozzy mates later, so after spotting a couple of dogs sticking their heads out of car windows, Amanda drops me off at the Gaylord Opryland Resort and Convention Center, which is as you would imagine, insanely large and over the top. 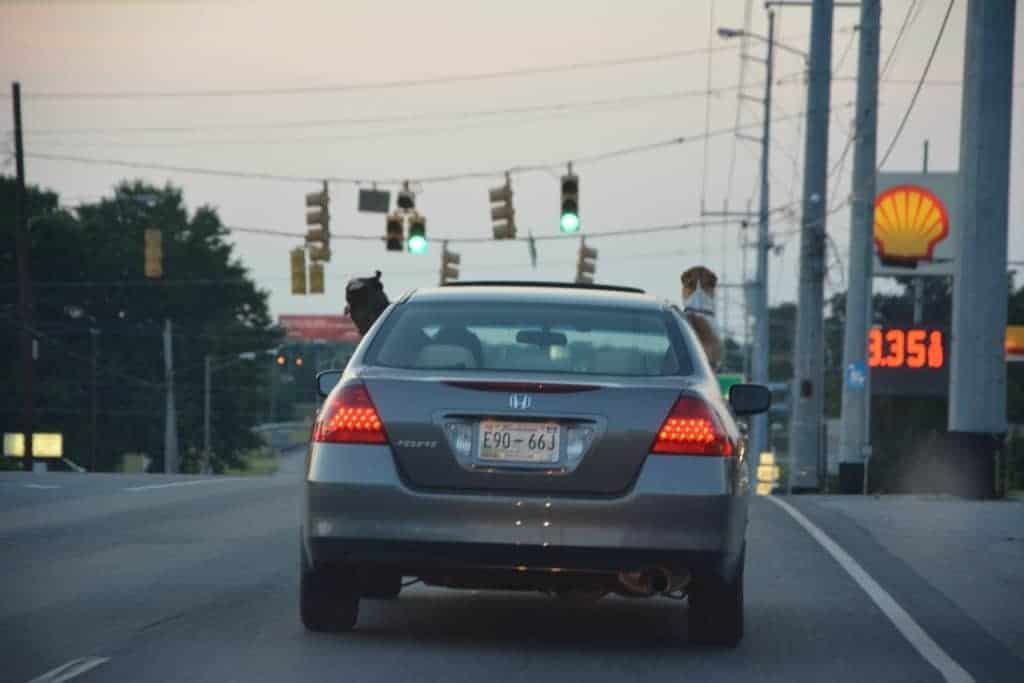 It’s basically a city posing as a hotel; full size palm trees and waterfalls in the atrium – that sort of thing. 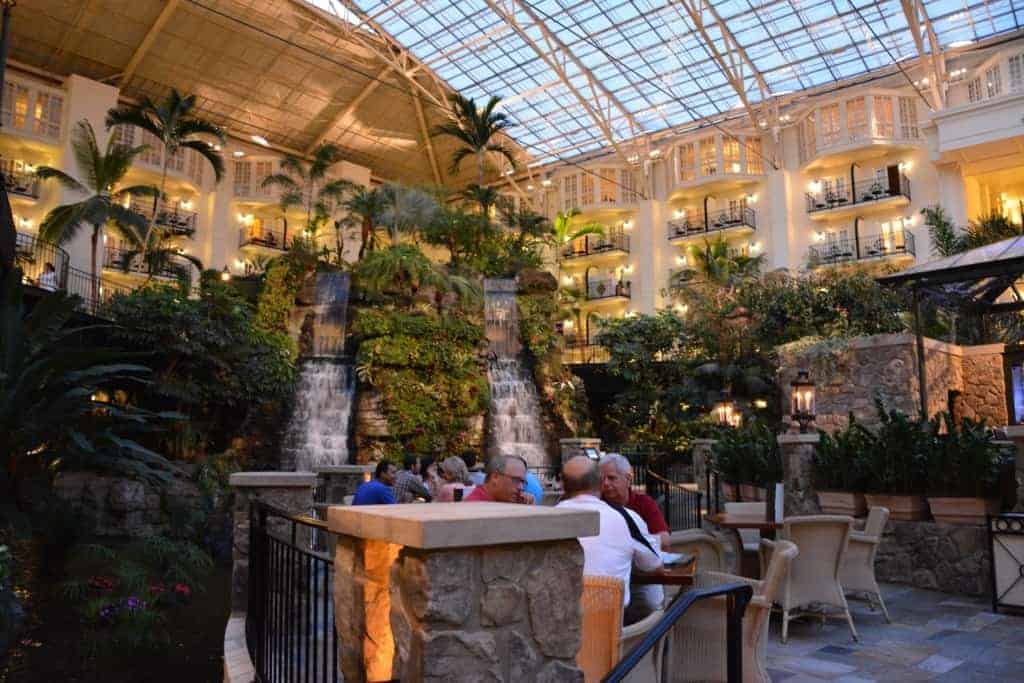 Mikey, Gretta, their band mates and record label guys are supposed to be there, but it turns out I got the message wrong (I’m blaming the yank telco) so I wander across the road to the Music City Bar & Grill where they plan to descend after dinner. 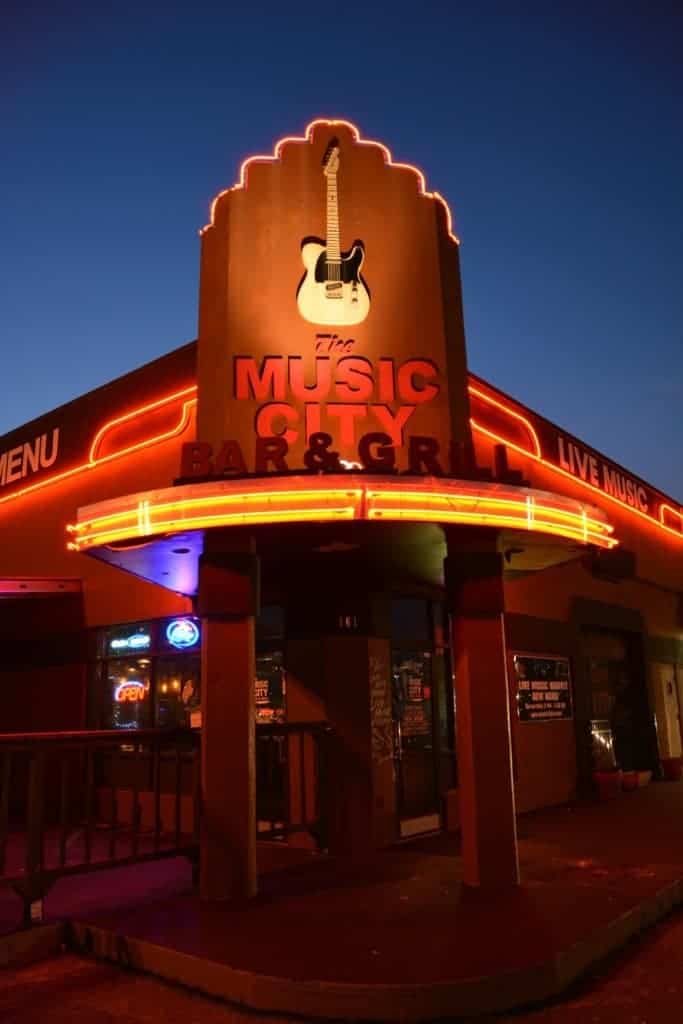 It’s 2 & a dog, so I’m optimistic this could be a good night. I introduce myself to Paul a local songwriter who understands the Australian sense of humour and makes self deprecating remarks with a wry smile. “I’m just an ‘ole hippy turned redneck”. We gas about songwriting, recording and how easy it is to become a billionaire by writing tunes. That’s why we’re drinking in this dump. 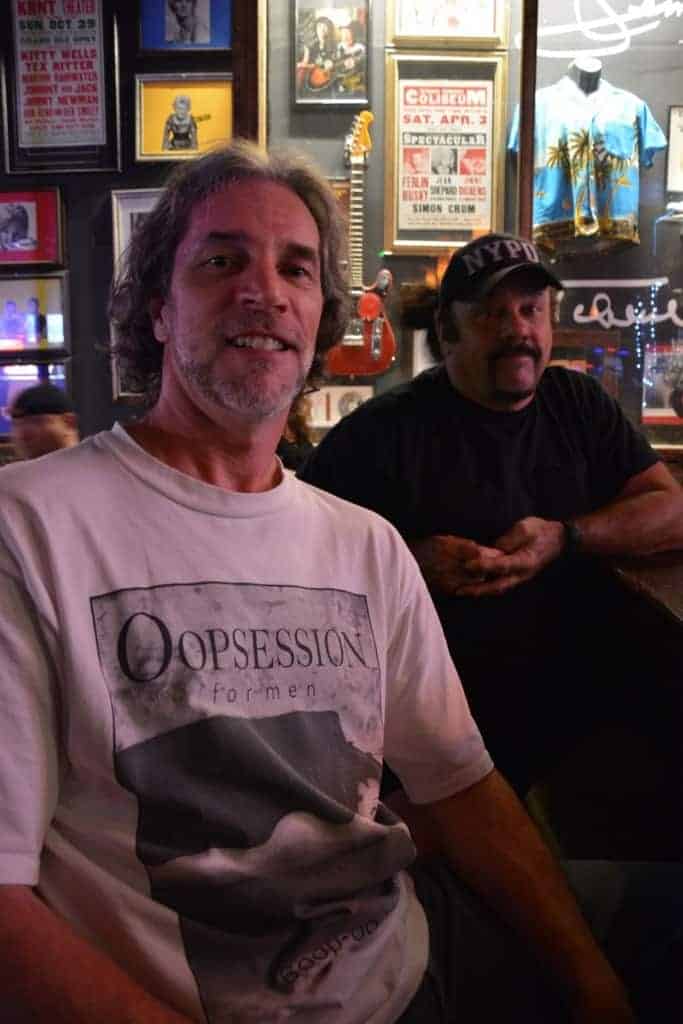 The first act are an acoustic duo who call for requests. I yell out “country blues”. They reply “like….?”. I realise that even though it’s a tag I currently apply to my own writing, there probably are no country blues charts stateside. I mention a few artists but it’s apparent that my list of “well known bluesmen and country pickers” is not arousing any glimmer of recognition. They play a Waylon Jennings song with a blues slant and everybody’s happy. 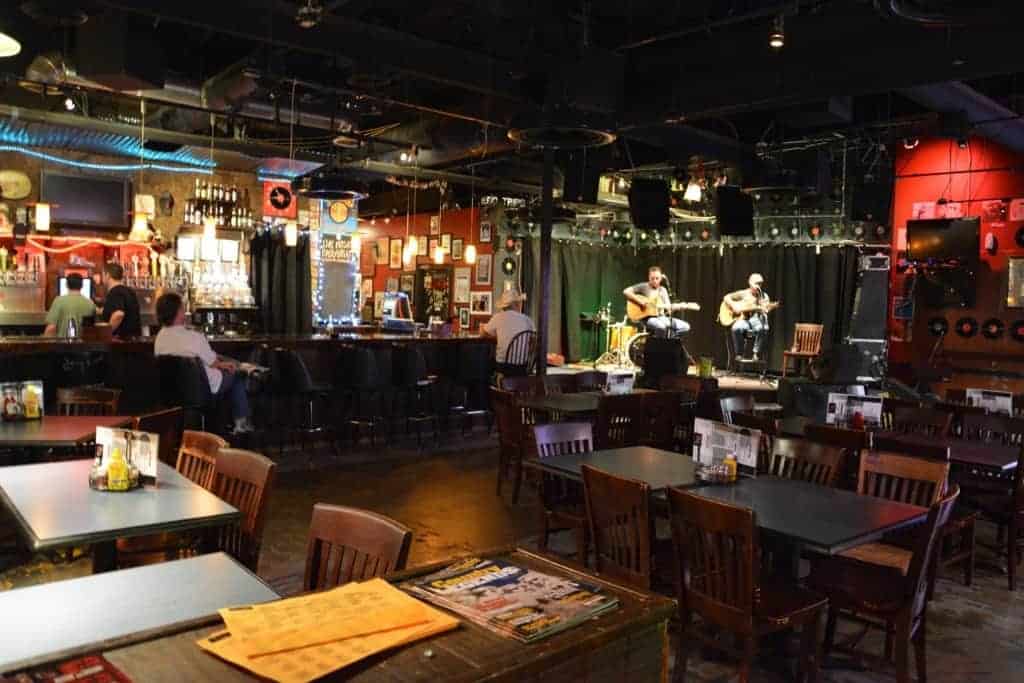 The next band is Music City Playboys and they really get to grow on me. Some funny / sad lyrics and snappy Western swing, executed with de rigueur pedal steel, Tele and a big white hat. 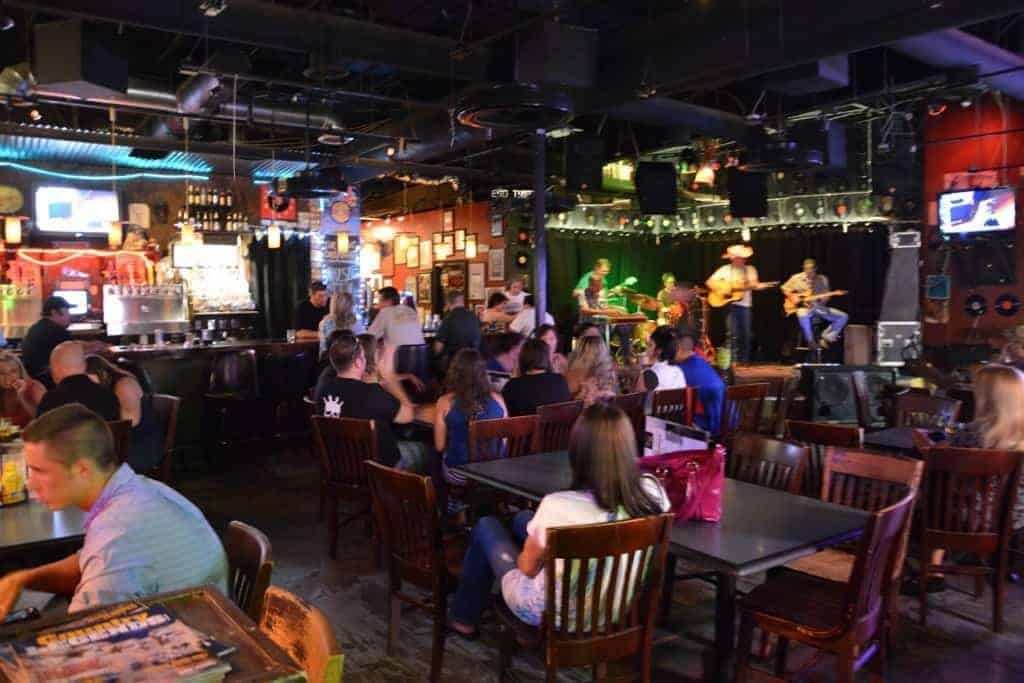 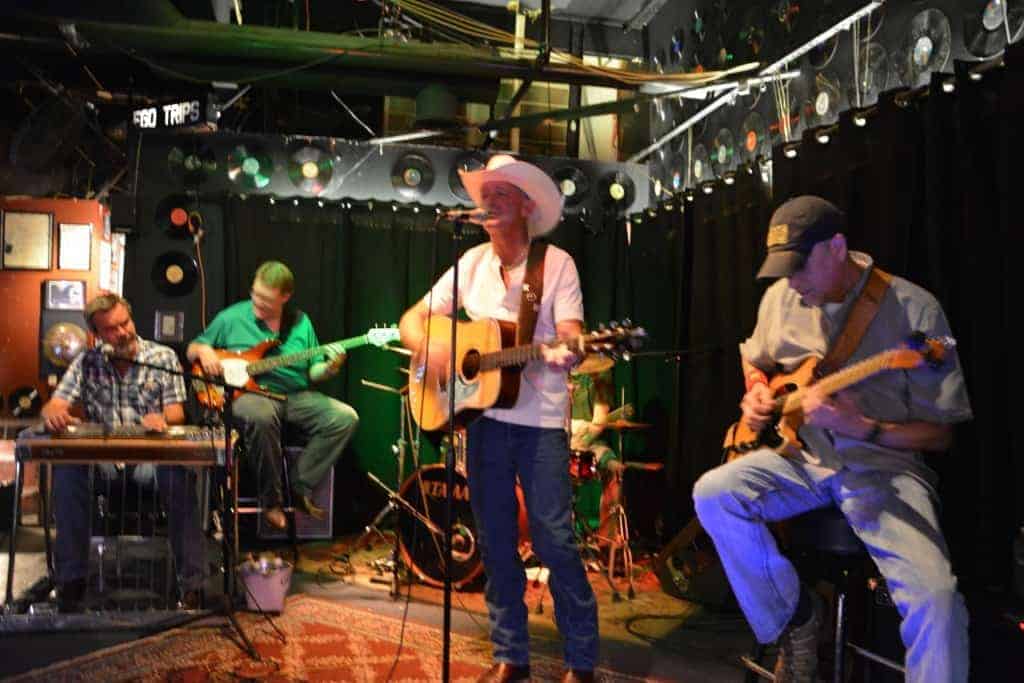 Jimmy Parker turns up and chats to Paul. I lean over and remind him that we shared a stage at the Tamworth Country Music Festival (Australia) in January. I catch him off guard as he’s just driven from New York and not expecting to bump into anyone except maybe a beer at this stage. 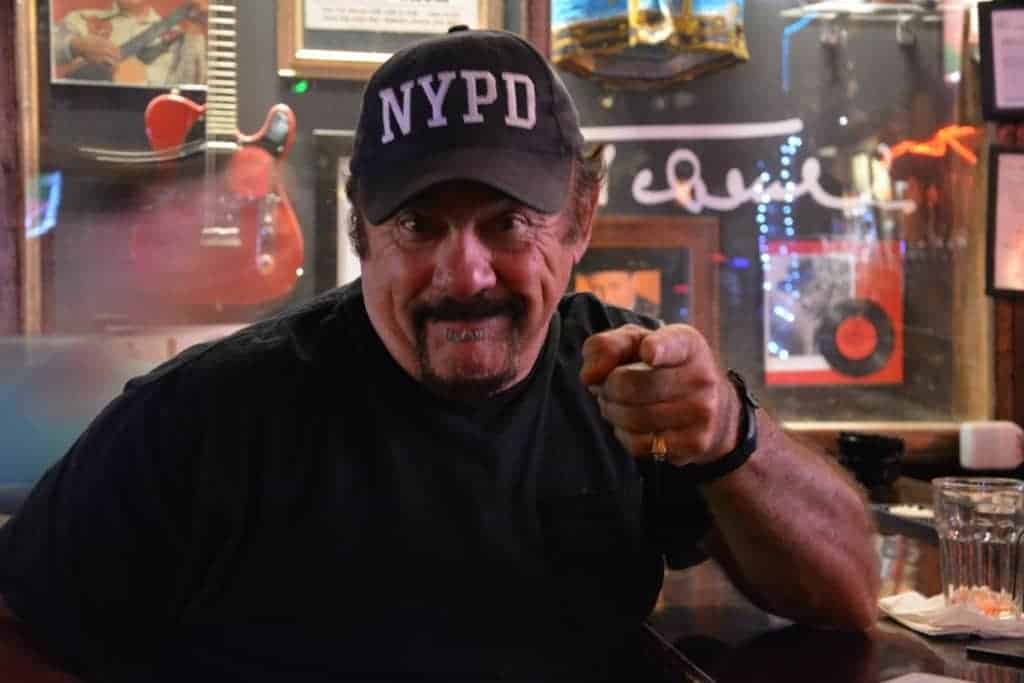 There’s a long winded drama with Mikey’s hire car exploding, so after many phone calls the rest of the band (Born ‘n Bred) eventually arrive – Glenda, Paul, Mikey, Gretta, Steve (label manager) and a variety of label mates who make us all feel welcome. Kinda sad that we are about to go. The last drinks drag on as we postpone the inevitable. Mikey the designated driver waits patiently, then drives us home amidst a seamlessly segued playlist of loud live Zeppelin recordings and the dulcet tones of…”in 100 metres, turn left at the round-o-bout”. 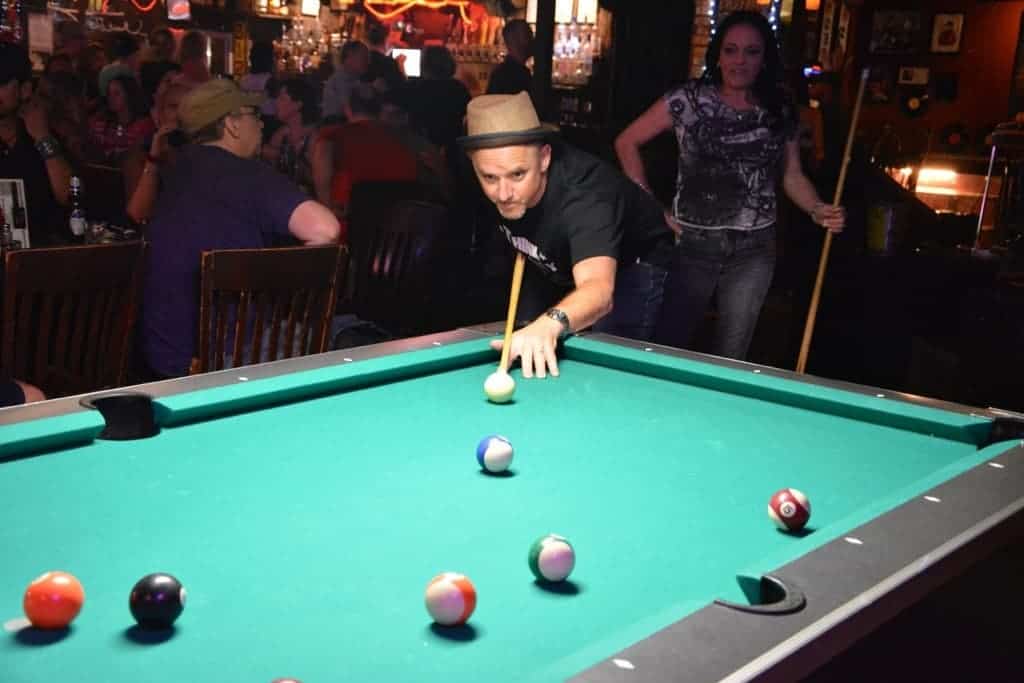 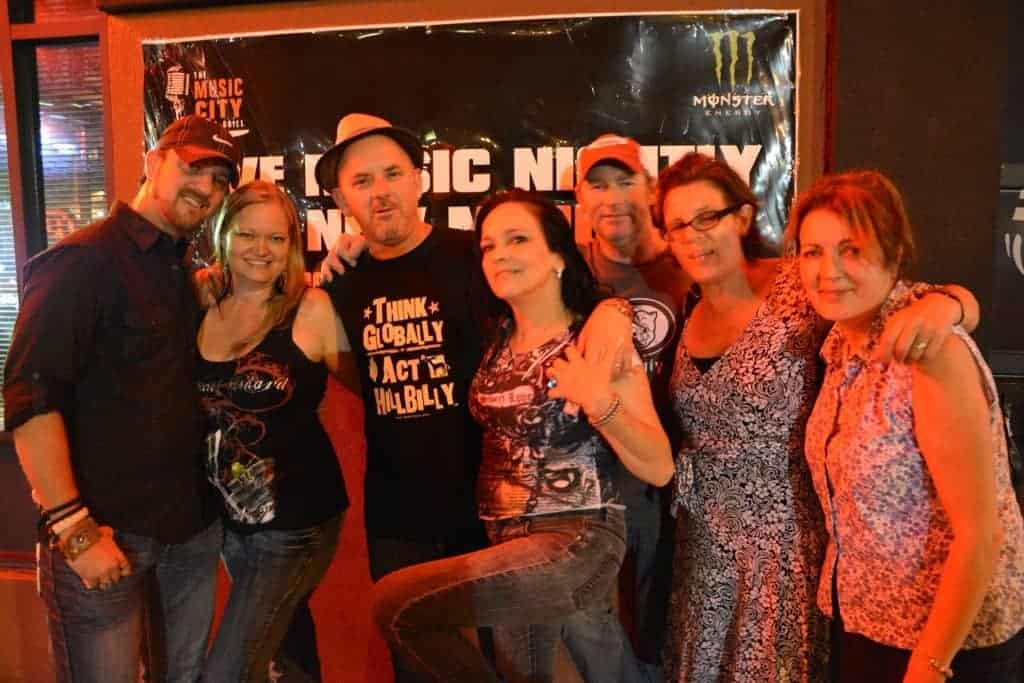 Standing on the footpath in Gartland Avenue it’s hugs, kisses and promises, then I wave goodbye to the rabble as they vanish down the street, just like the fireflies around me, fading into the last-time Nashville sky.

P.S. After this I’m taking a break from blogging and switching to my other mistress – songwriting. Thanks for tagging along. If you had a tenth of the fun I had, you had a great time. Before too long I’ll be back there, but for now I’m left feeling very grateful to ‘ole mates and new friends – the charming people who made my holiday such a hoot and so inspiring. You guys and gals made it more than I could have hoped for. Here’s lookin’ at you. 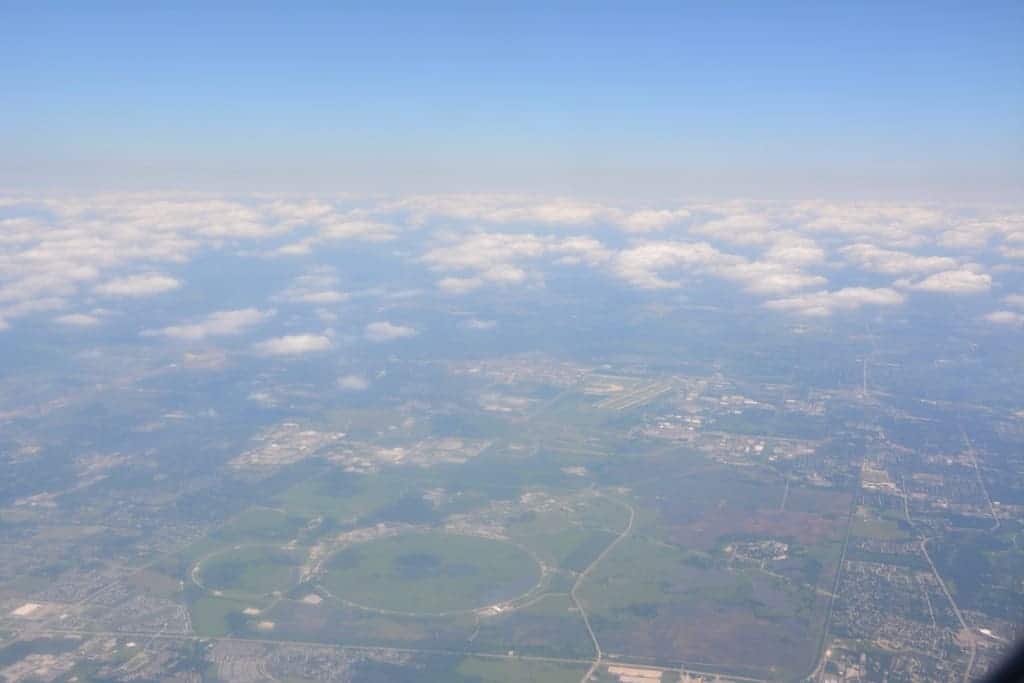