I get up at 5 to catch the Greyhound to Memphis. The ATM is broken and I’m out of cash, so no breakfast. Boarding the bus involves confirming that my internet purchased ticket is hunky-dory then, as I have arrived an hour before departure as requested, I need to just sit around doing nothing for an hour – an essential component of this jet-setting travel anywhere age we live in. I begin to notice a slowly expanding queue of suitcases starting at Gate C and winding around the terminus, so I make some enquiries. No seats are allocated. It’s just a first in best dressed scenario. If they run out of seats you simply catch the next bus. I enquire as to the logic of this system and am advised that “It’s always been that way”.

I get in the queue and land a seat. The coach is sub zero. We’re talking Antarctic. Eskimos. Brass Monkeys. I scan the mob. Popular apparel is in the range of anoraks, hoodies, balaclavas, scarves, overcoats, beanies, gloves, pullovers, cardigans, wind-cheaters, jumpers, thermals, jump-suits and the like. So I make some enquiries…Yes – “It’s always been that way”. There’s a pattern here stronger than logic and I’m left facing the realisation that my paper thin long-sleeved cowboy shirt is as good as it’s gonna get. 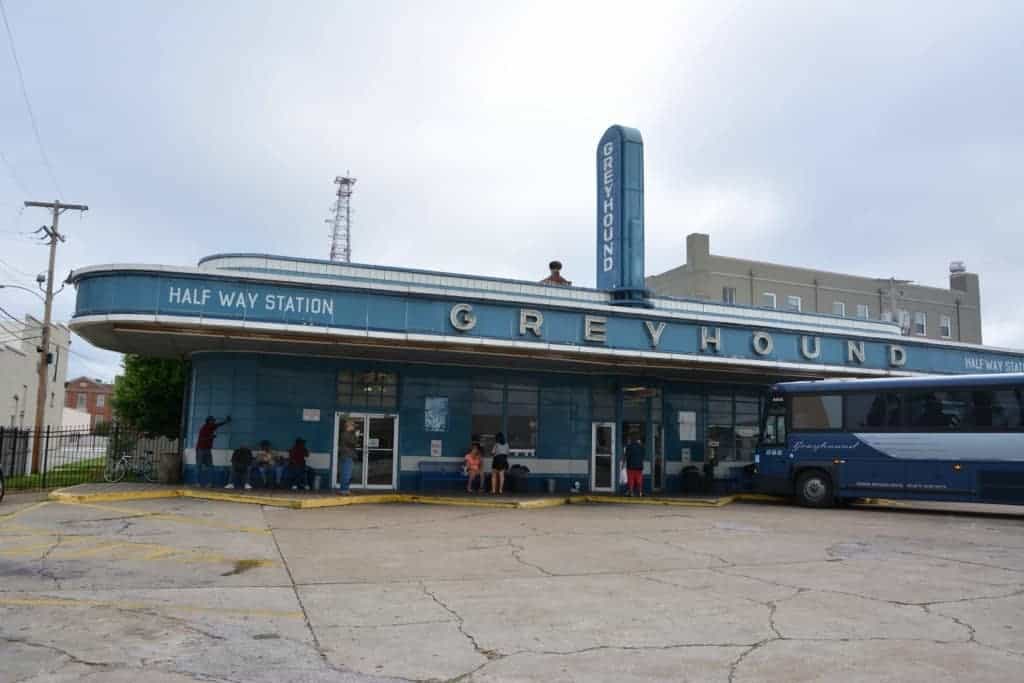 We hit Jackson for a 10 minute smoke stop. It looks about as big as my hometown. I learn later the population is about 175k. My hometown was 3k until a few years back when it doubled because of the coal seam gas. I mean the place has exploded – it’s goin’ off! Can you imagine – six thousand people? I’m guessing the stop at Jackson is on the outskirts. There’s little evidence of life as we know it. Reminds me of when we used to play in the Main Street as kids. It’s not as though any traffic was gonna come along. And if it did, you could hear it for miles. 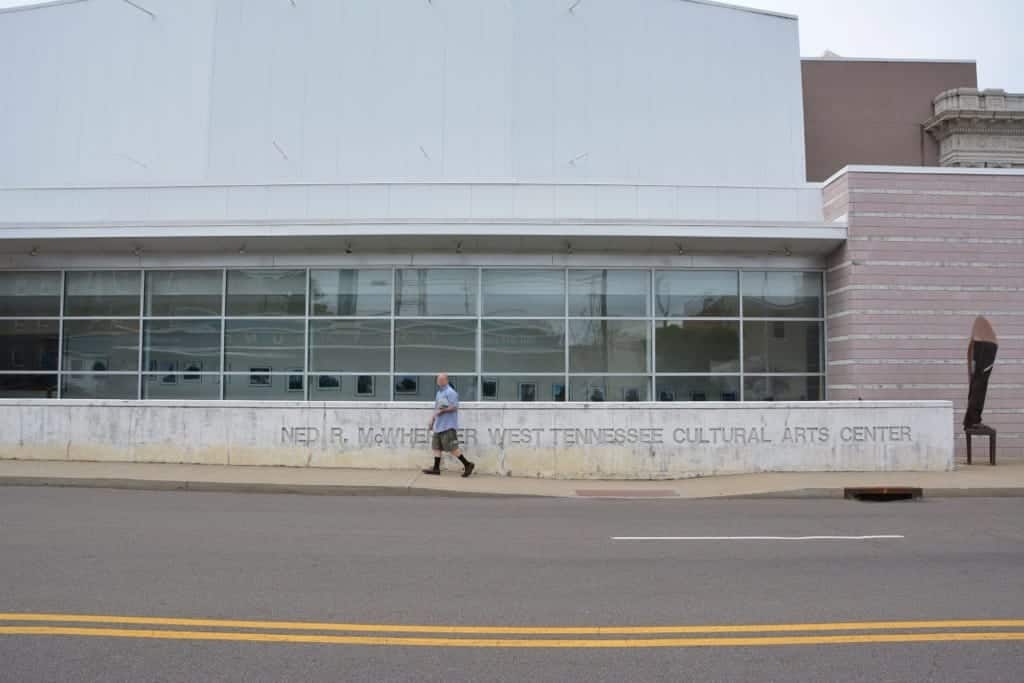 Another two hours of teeth chatter and Greyhound dump us outside Memphis with very little info except that if we feel like it we could get a city bus into the actual city, ‘cos we ain’t in the city. I’m starting to wonder if we’re in Memphis. I leap out of the igloo, head for the cab rank and jump into the first cab that appears. Mistake #1. What appears to be a cab from the outside turns out to be a giant ashtray without suspension. It stinks more than the smoking lounge at Bangkok International, and that’s fairly hefty competition let me tell you. “Lounge” is strictly a euphemism.

The driver is constantly and loudly wiping his running nose on his bare arm. There’s a helpful breeze in the cabin. I dodge the resulting in-flight globs of muck. As the cab hurtles it’s way towards Memphis City (coulda sworn I bought a ticket already to Memphis…minor detail), door handles, interior trim and and assorted bric-a-brac dislodge at every corner and fly across my field of vision. I remain calm and frozen. 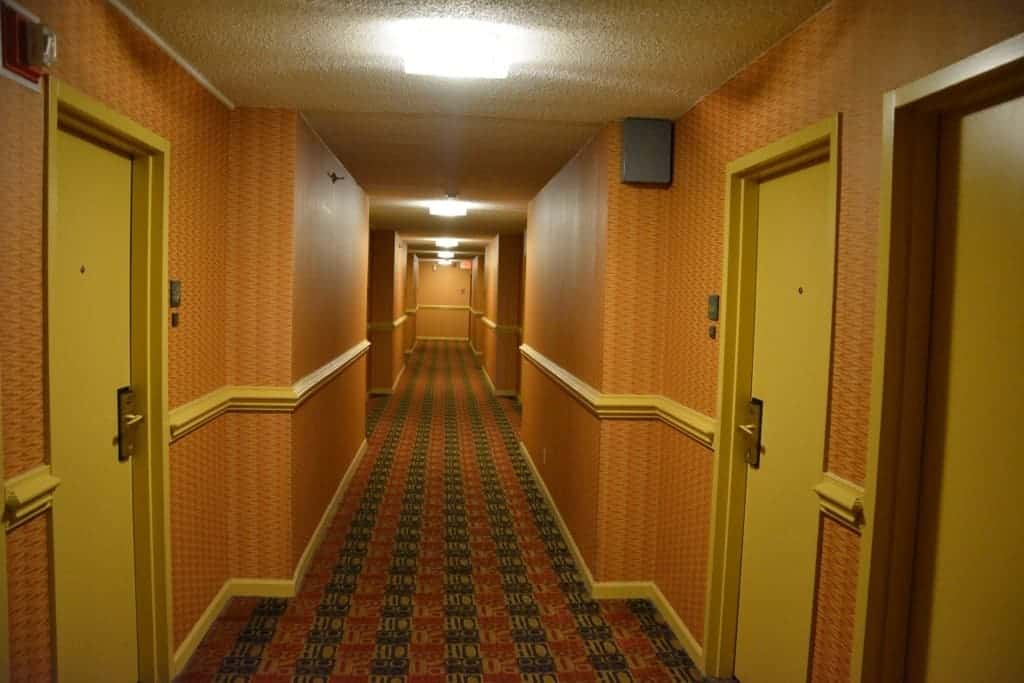 With grace and elegance I eventually disconnect myself from the sticky seat and enter Memphis Holiday Inn. As advised, I immediately book the Graceland Tour and head upstairs. The carpet and wallpaper has been created by a board of colour blind interior designers with the express purpose of inducing epilepsy. I squint and fumble my way to the room to which my battered corpse has been assigned. Shower then breakfast at Automatic Slim’s around the corner.

The staff are friendly and helpful, the freshly squeezed orange juice a pleasant surprise. I order scrambled eggs and sip coffee while I wait…and wait. Despite enquiries about timing and my imminent tour, the eggs arrive 30 minutes later – 60 secs before departure time. I get takeaway and plonk myself in the lobby and attempt to Hoover the creation without looking like a total slob. As I lift the lid I notice somebody has melted an orange frisbee all over the eggs. There’s a pungent and unnatural aroma emanating. I’m told it’s cheese. One taste and it’s in the bin. To my unsophisticated Australian taste buds it’s inedible. And I lived on boarding school food in my teens so I think you are starting to understand. 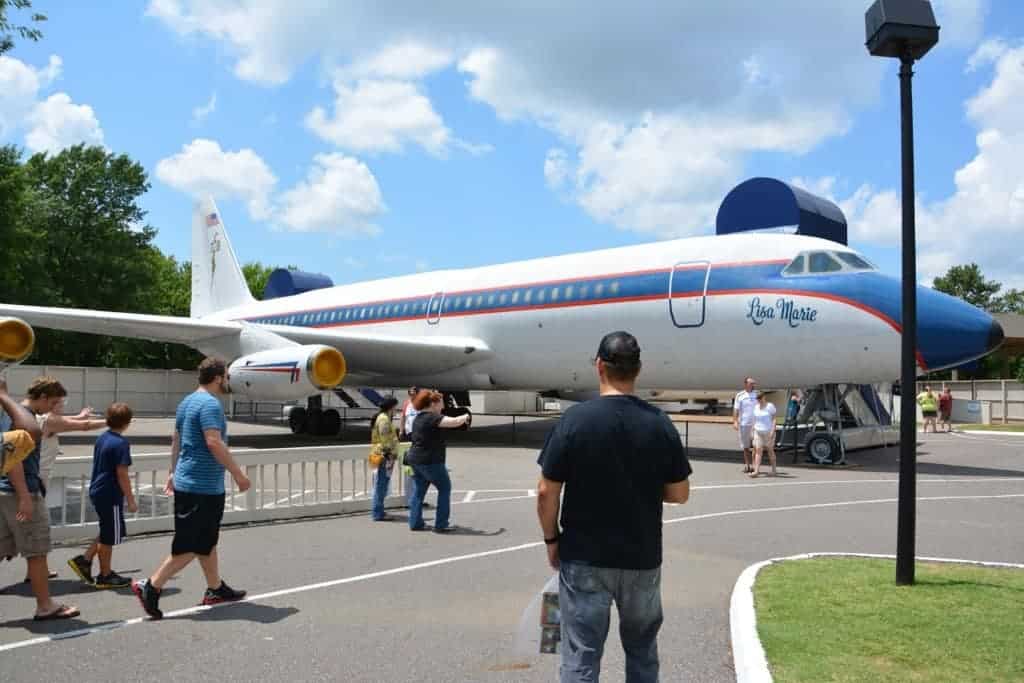 The tour bus departs. We drive to another place to buy the tickets and then it’s off to nearby Graceland. I glance at the Elvis map. I had no idea really – it’s gigantic. More accurately, Graceland itself is modest in size compared to contemporary rock star palaces, but the theme park over the road is crazy. Aeroplanes, car collection, a kazillion souvenir shops, a burger joint, halls of this, that and the other. I burn up 3 hours and barely see anything. I eat a burger. No comment. 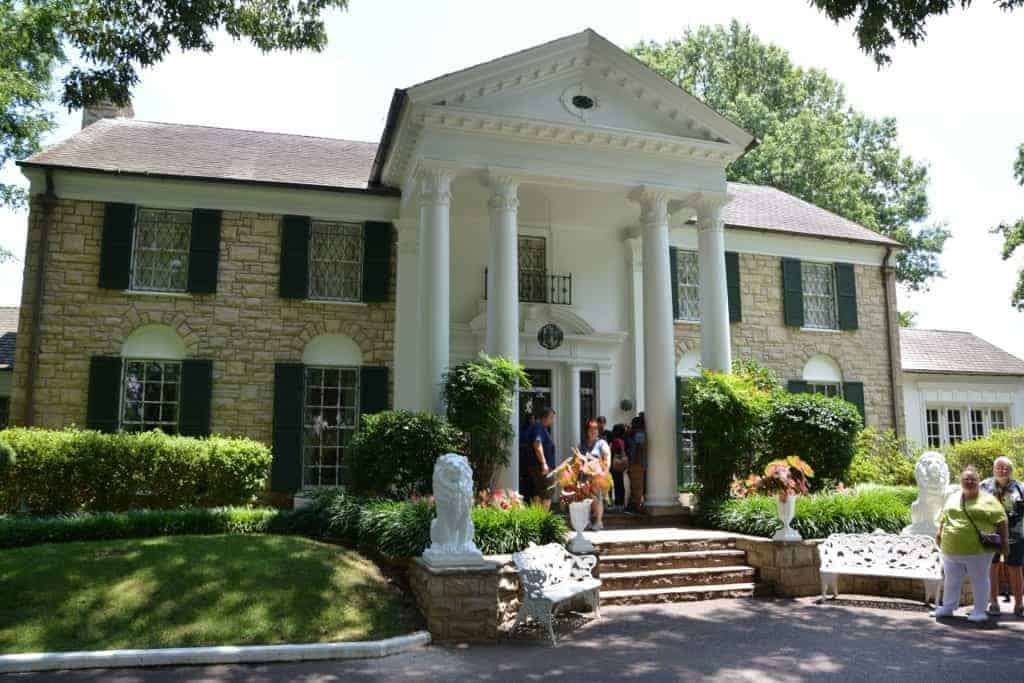 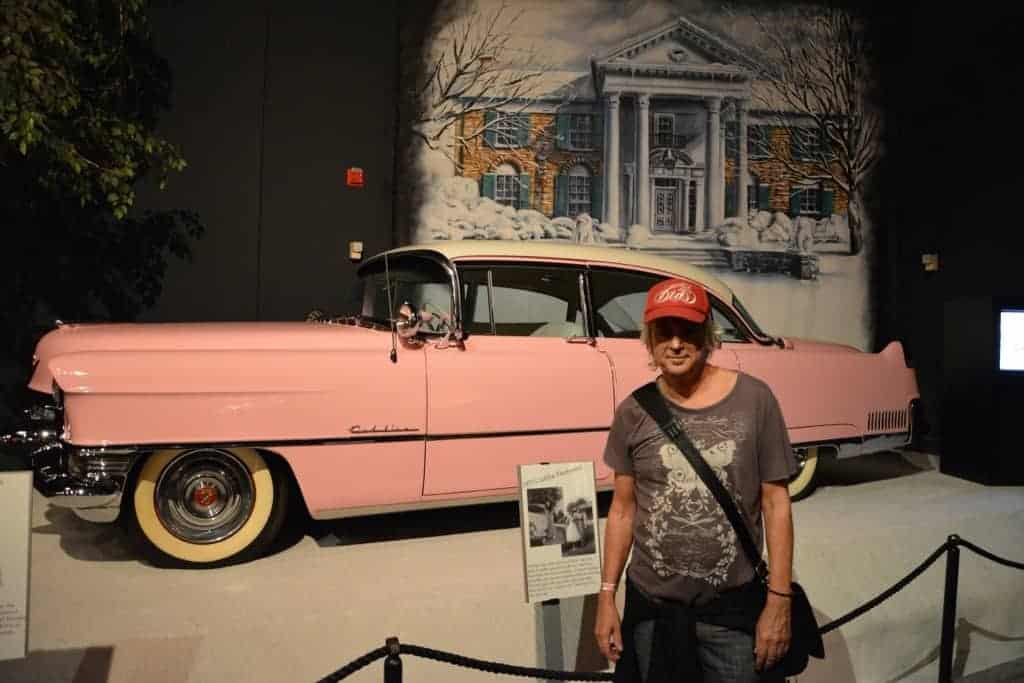 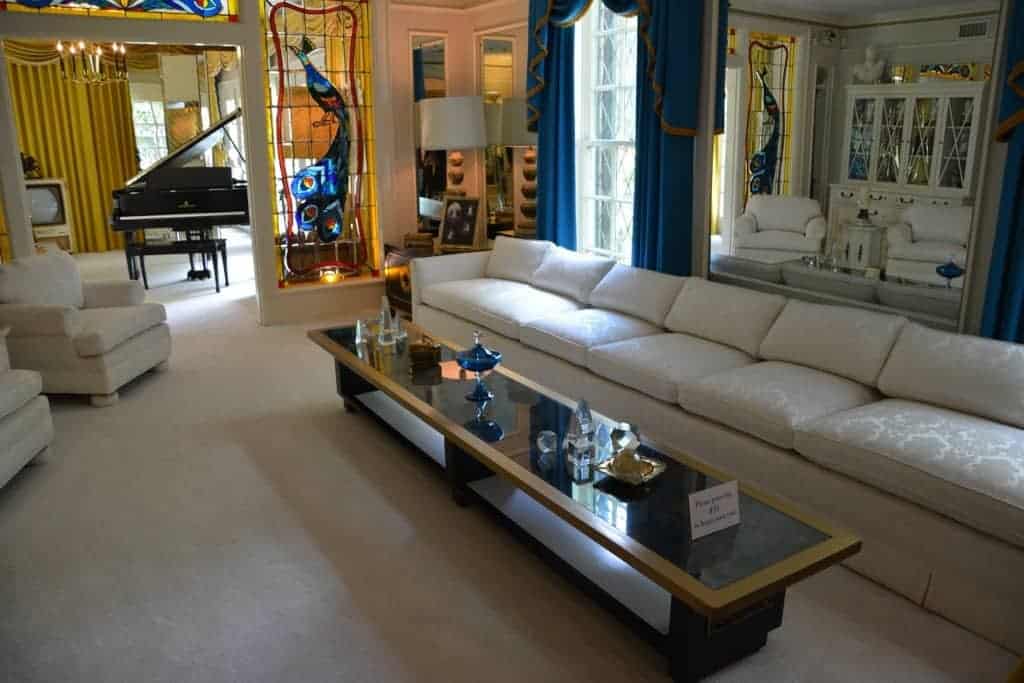 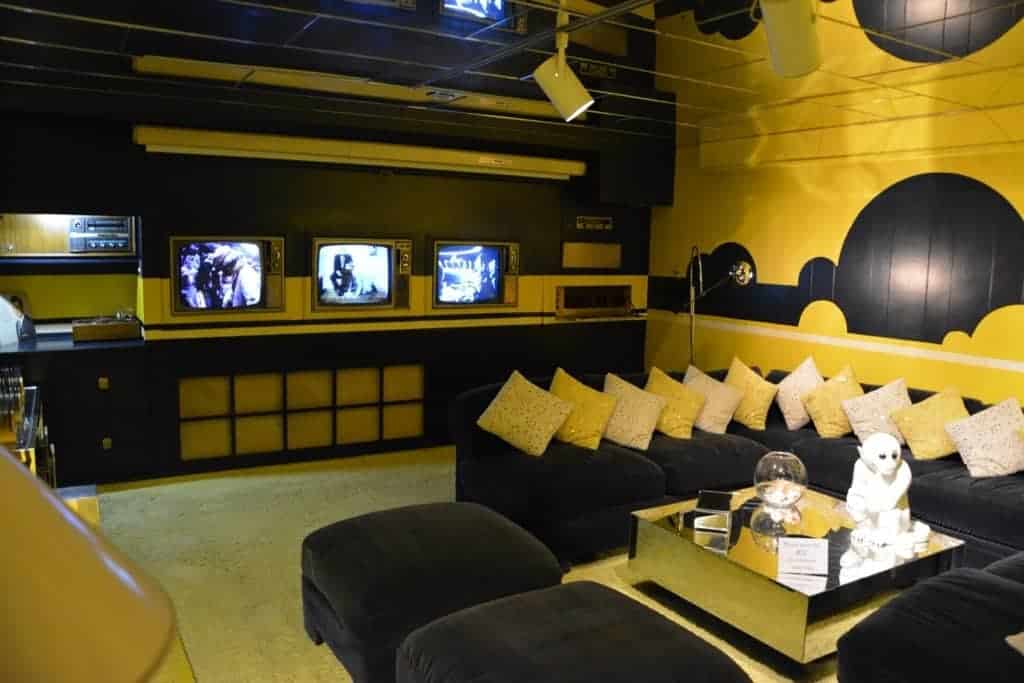 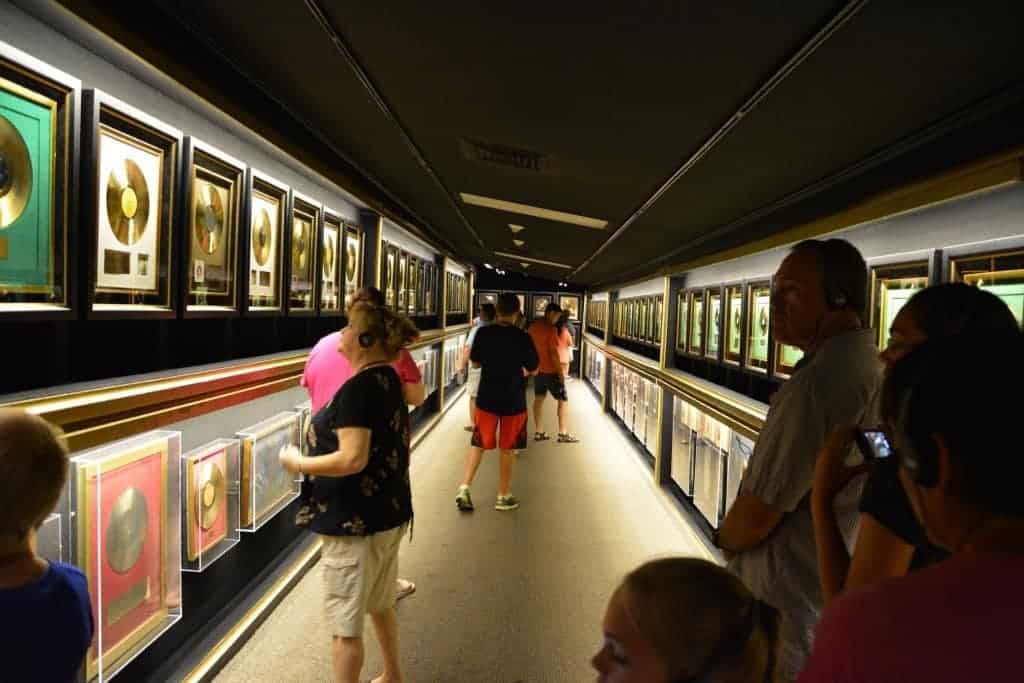 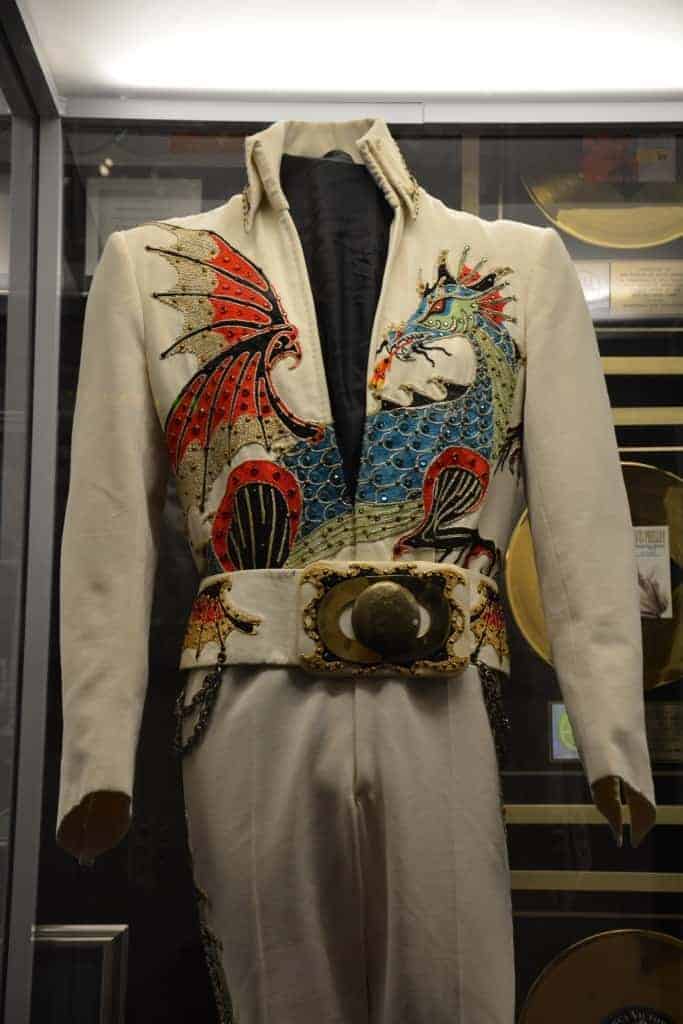 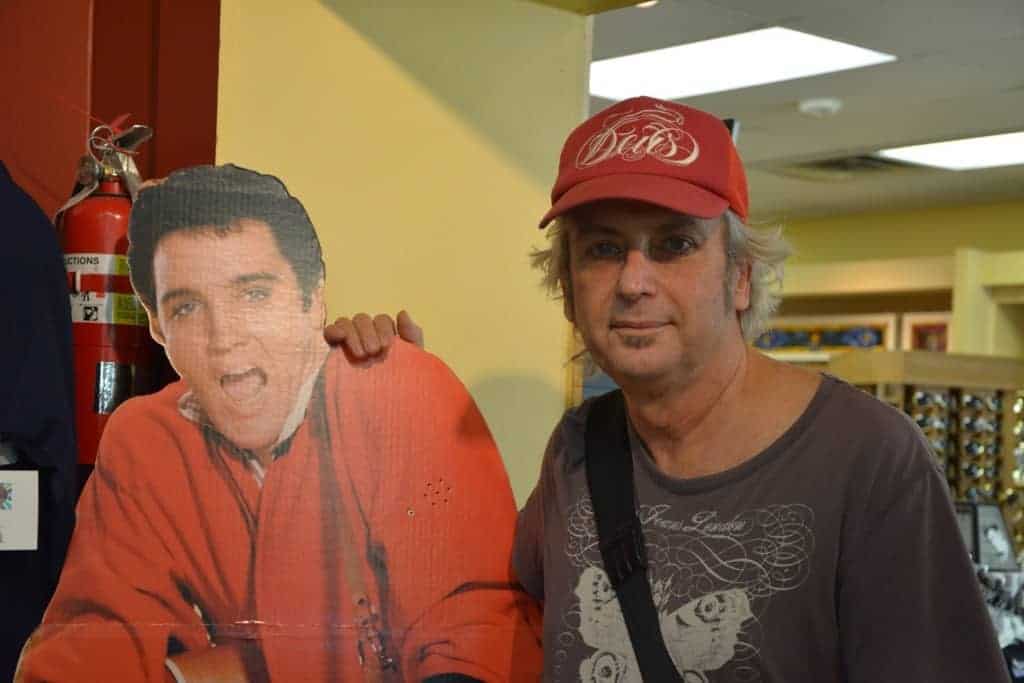 Bus back to my kaleidoscopic crypt, a quick shower then off to Sun Studio on a trolley car. 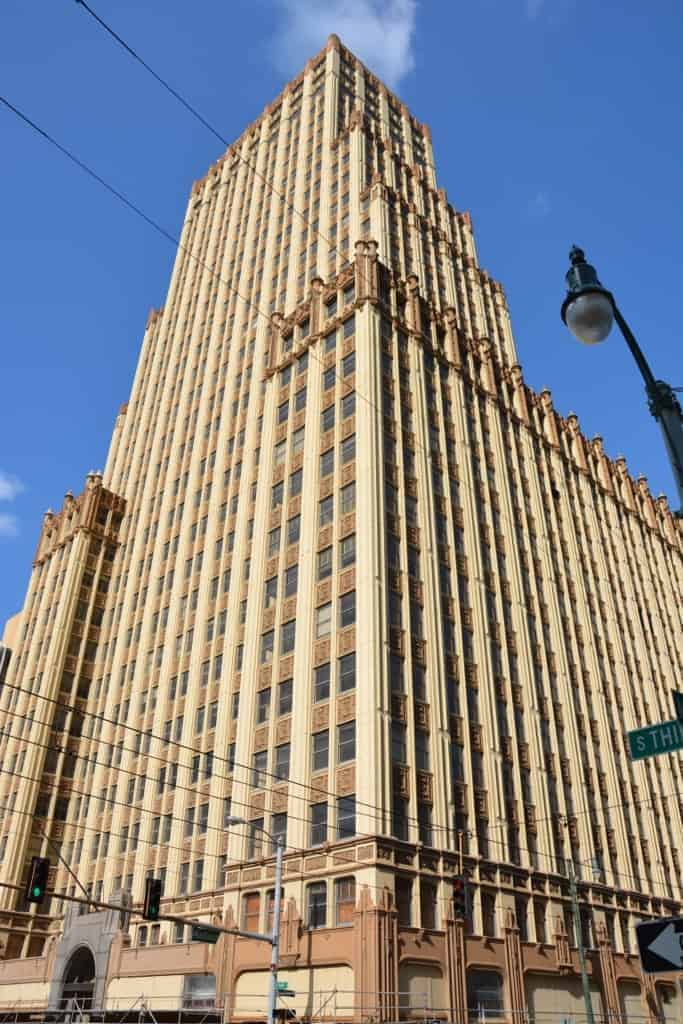 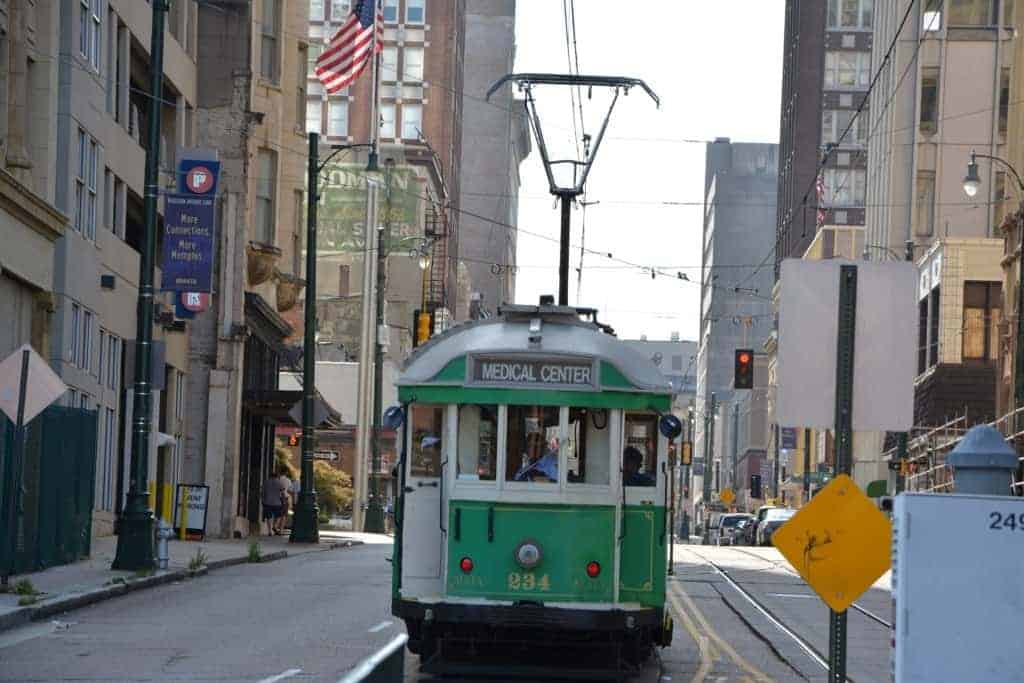 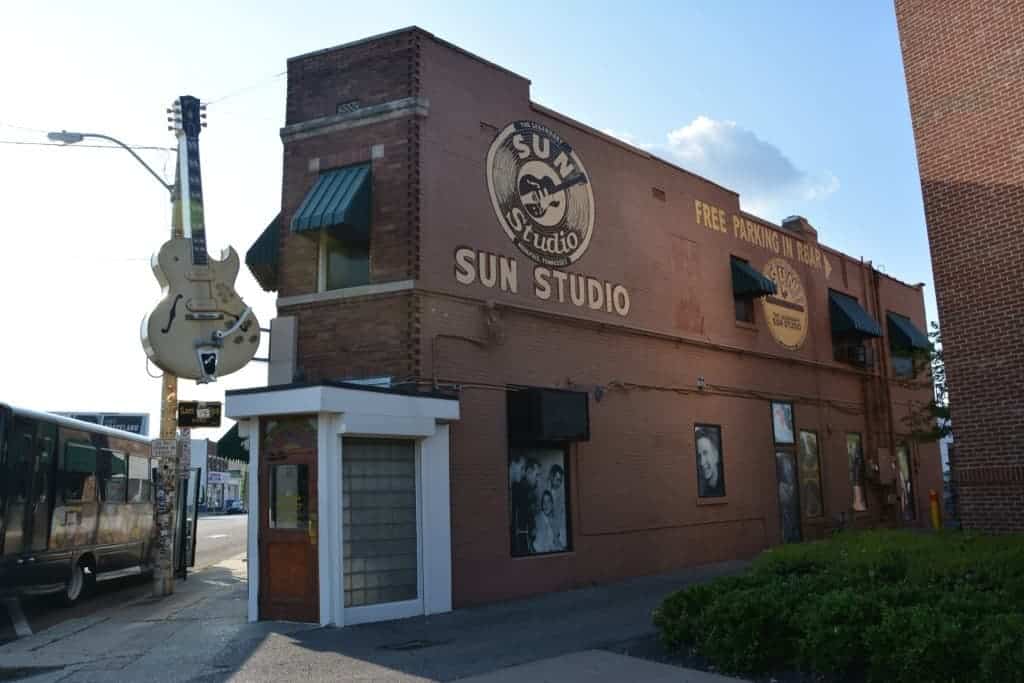 Much smaller as you can imagine and the tour guide is excellent, doing his best to recapture and relive exciting moments in musical history and showing us the spot where Elvis stood when he pulled “That’s Alright Mama” out of his nether regions. We get to stand on the spot and pose with the microphone he used. It’s spine tingling stuff and I’m truly moved. Nobody weeps but there are lots of gasps, oohs and aahs. 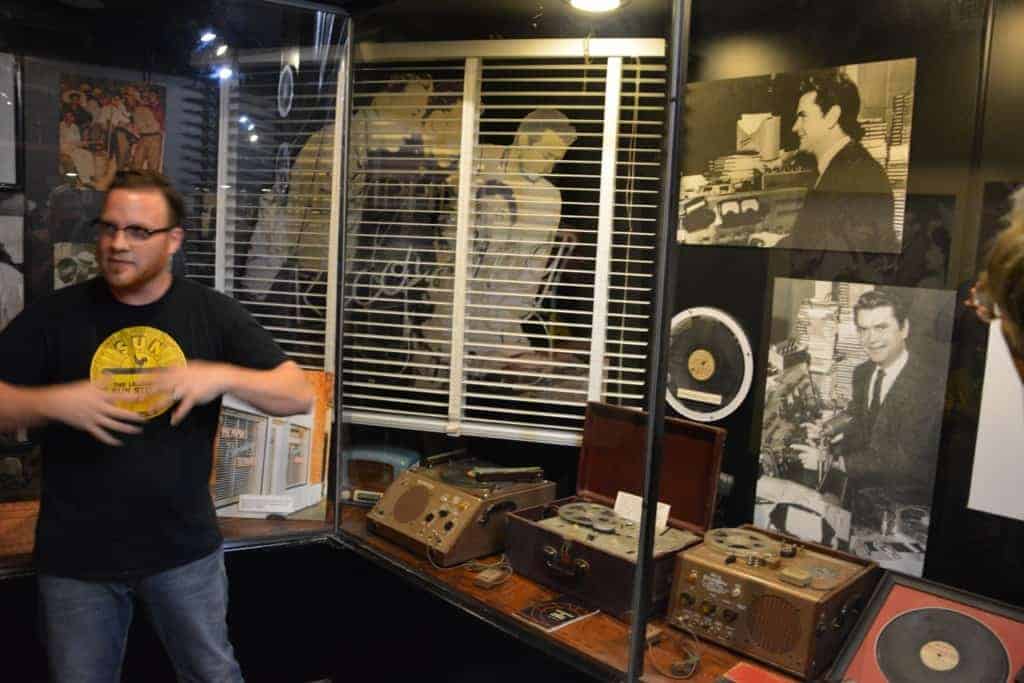 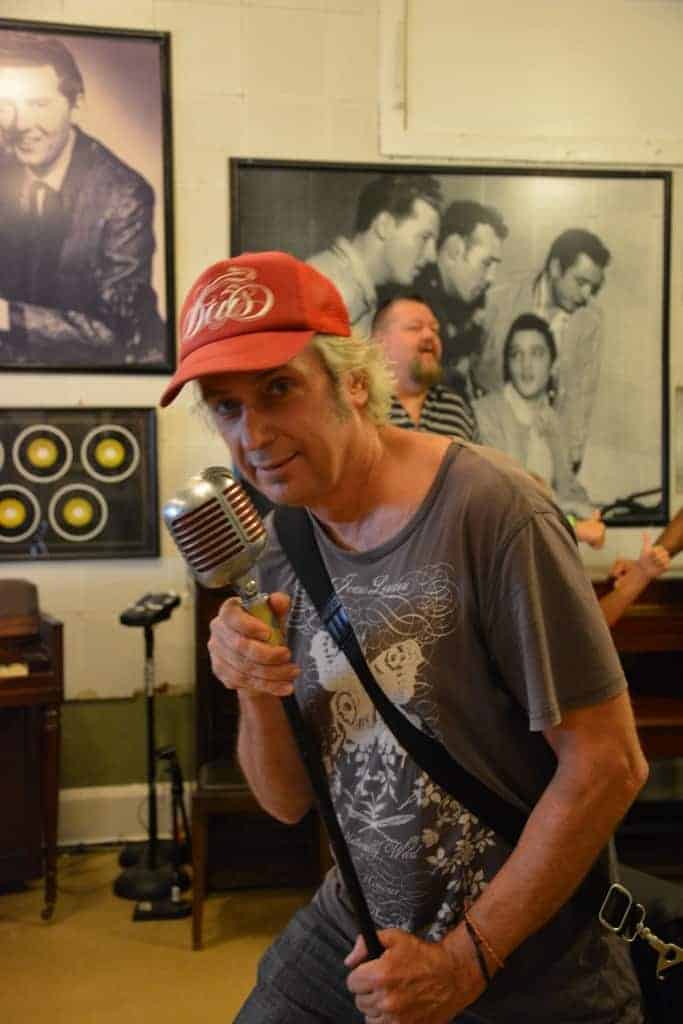 Bus back to my colourful coffin, quick nap, then out to Beale Street – also just around the corner. I send a grateful “thank you” prayer to the gods of tourism for making all these historic places within coo-ee of each other. Apparently the Gibson Guitar factory is in the next block too. How lucky am I? 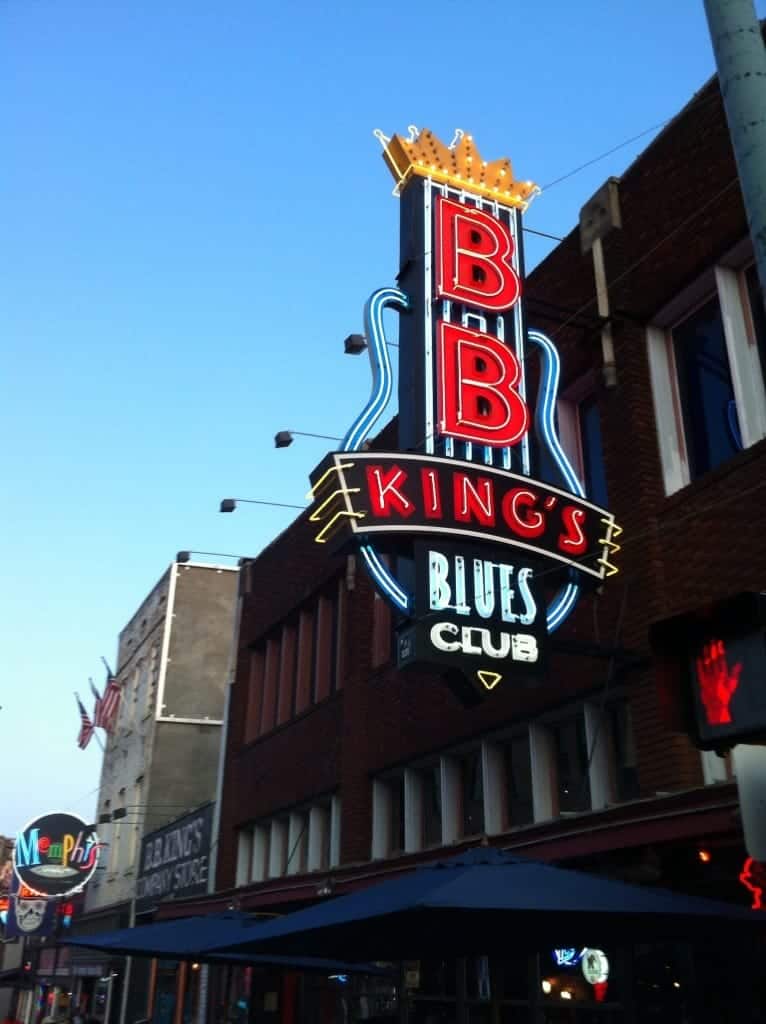 I’m a bit over dragging around a multimedia digital imagery studio and sticking my face in everyone’s, to record the special moments that I’m not a part of because I’m recording them….so I just take my iPhone for snaps. 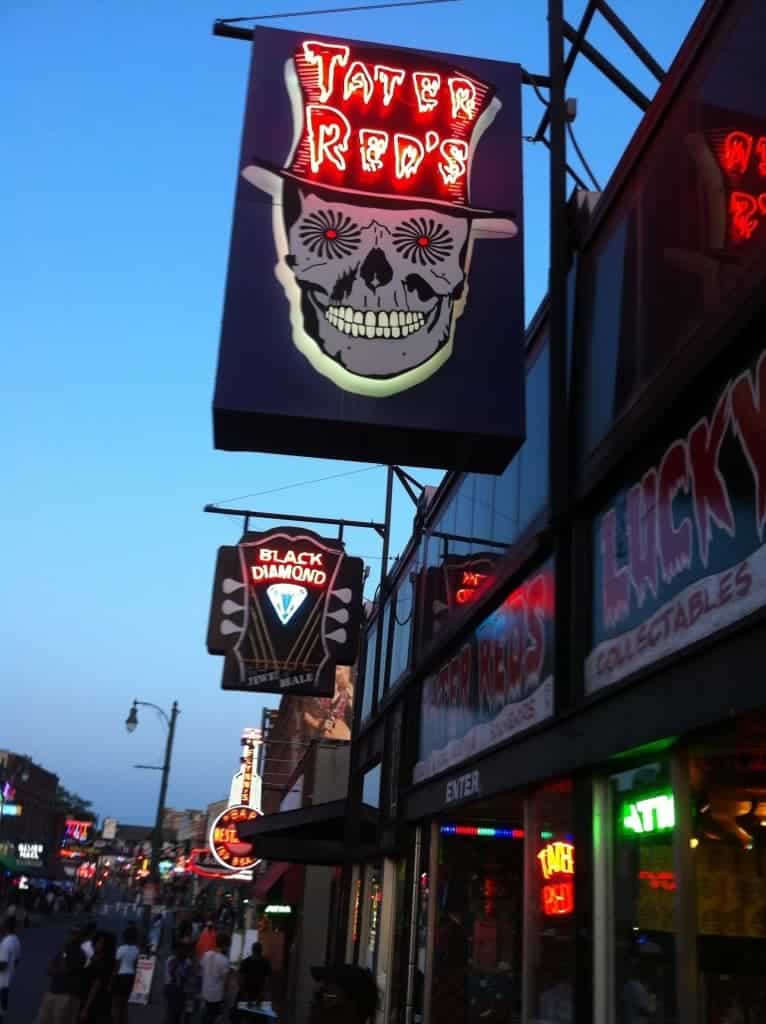 In a nutshell, I spend the whole evening and well into the morning trawling the bars in this densely packed street for every variation I can find on “The Blooze”. And it’s better than words can say. Not that I haven’t heard blues bands by the billions before, but it’s a real buzz to be at one of the cornerstone corners. 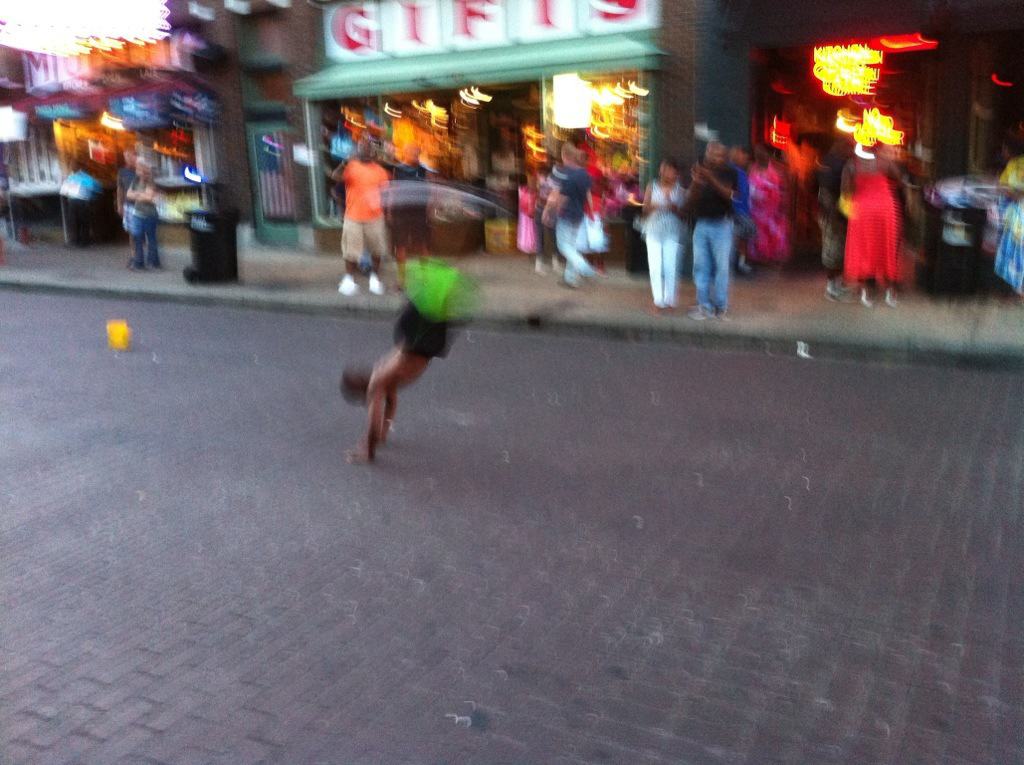 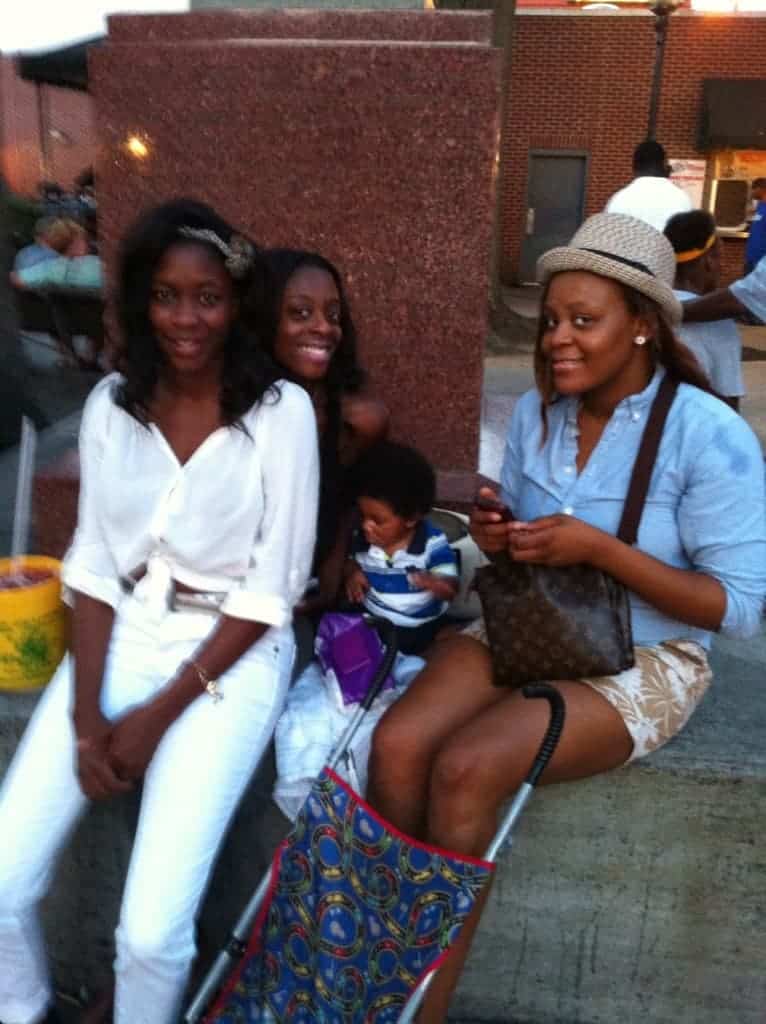 As usual I end up spending quite a bit of time at the one bar I can find with only two and a dog in attendance. In keeping with protocol, the band is largely ignored and musically superb.

From the peanut gallery I rowdily let them know how good they are, ‘cos my opinion really matters, and they graciously accept compliments and point at the tips jar which I refurbish sporadically in a variety of irrelevant but well meant denominations. Eventually my requests for songs become indecipherable so I exit and instead of doing the sensible thing and staggering home, I hit some more bars. And things get better. 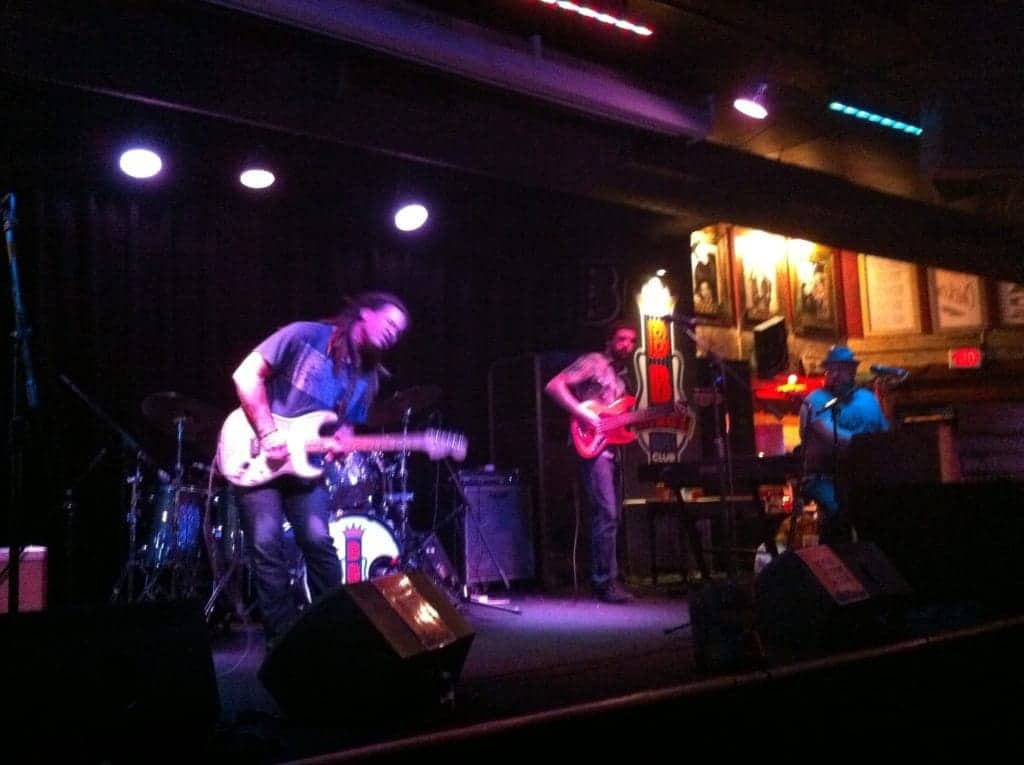 There’s all sorts of blues goin’ on and I feel intimately connected, despite the historical, chronological, geographical and genetic differences in my makeup. I embrace mankind, and a few womankind, hang with people I don’t know like I do know – and generally make a fool of myself, but in a likeable way. At least that’s how it seems.

Somehow I make it home and despite deft sheet gymnastics, end up almost strangling myself in an attempt to find a suitable contortion in which to sleep. Tomorrow the Gibson Factory and back to Nashville. 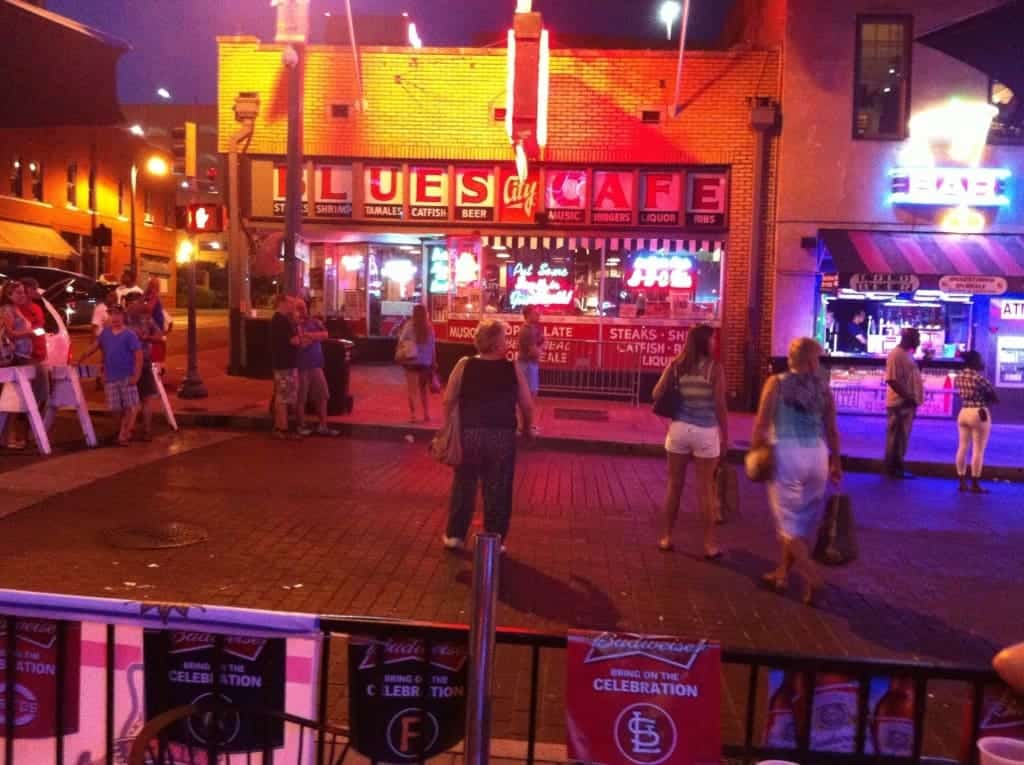 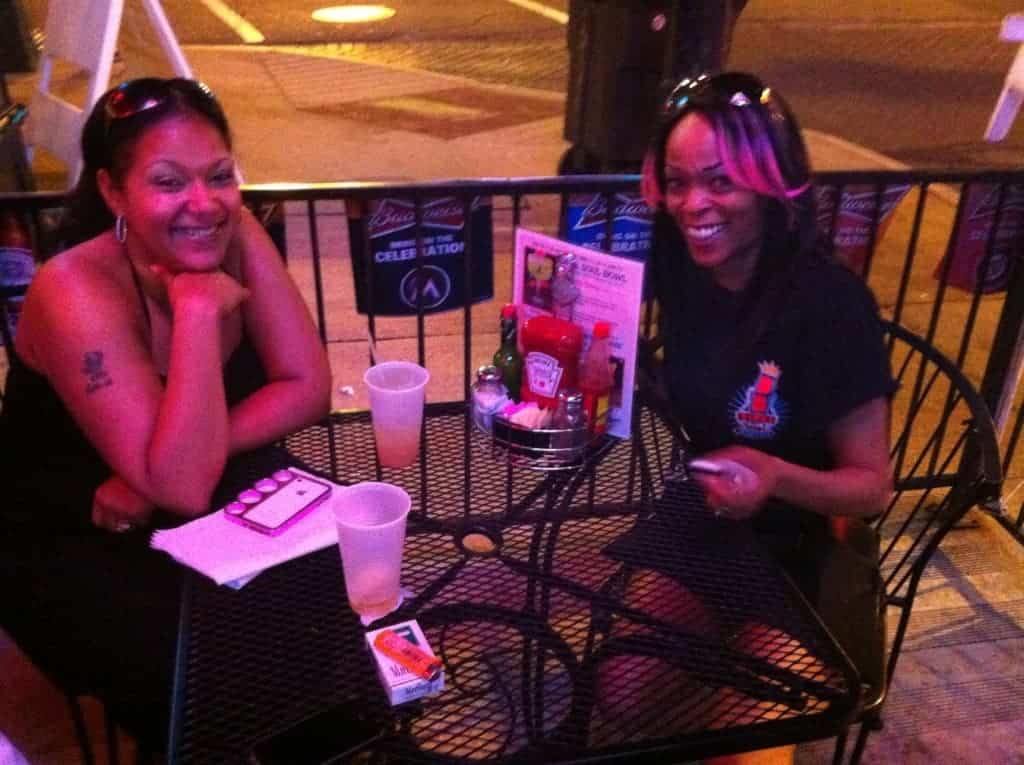 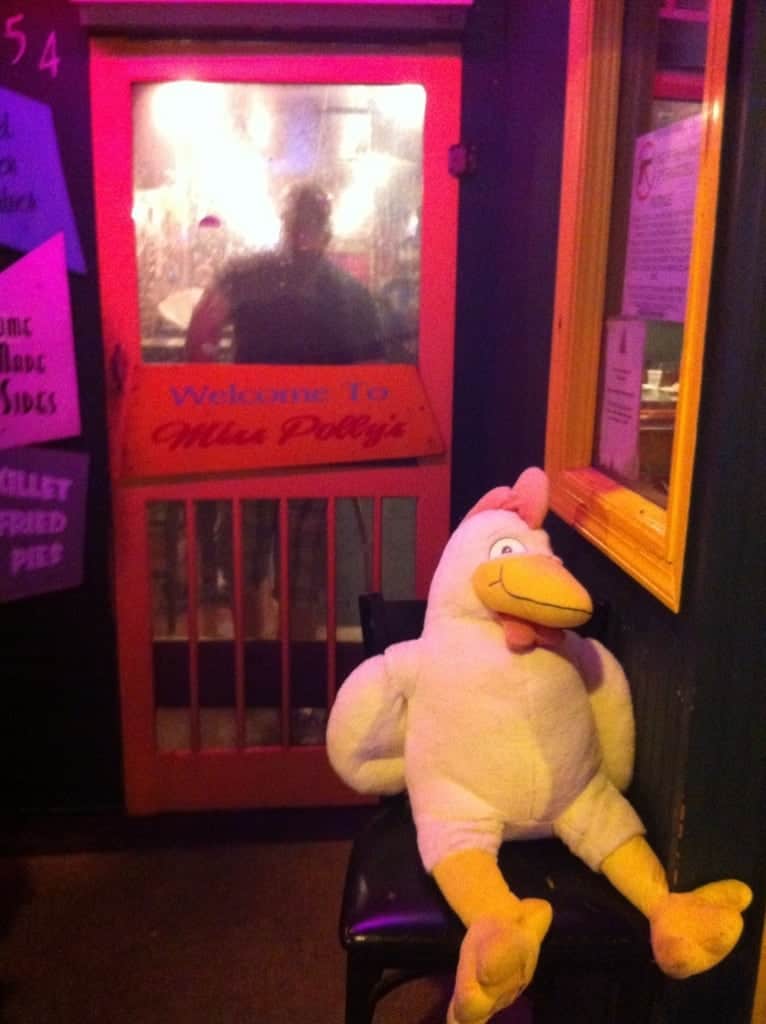 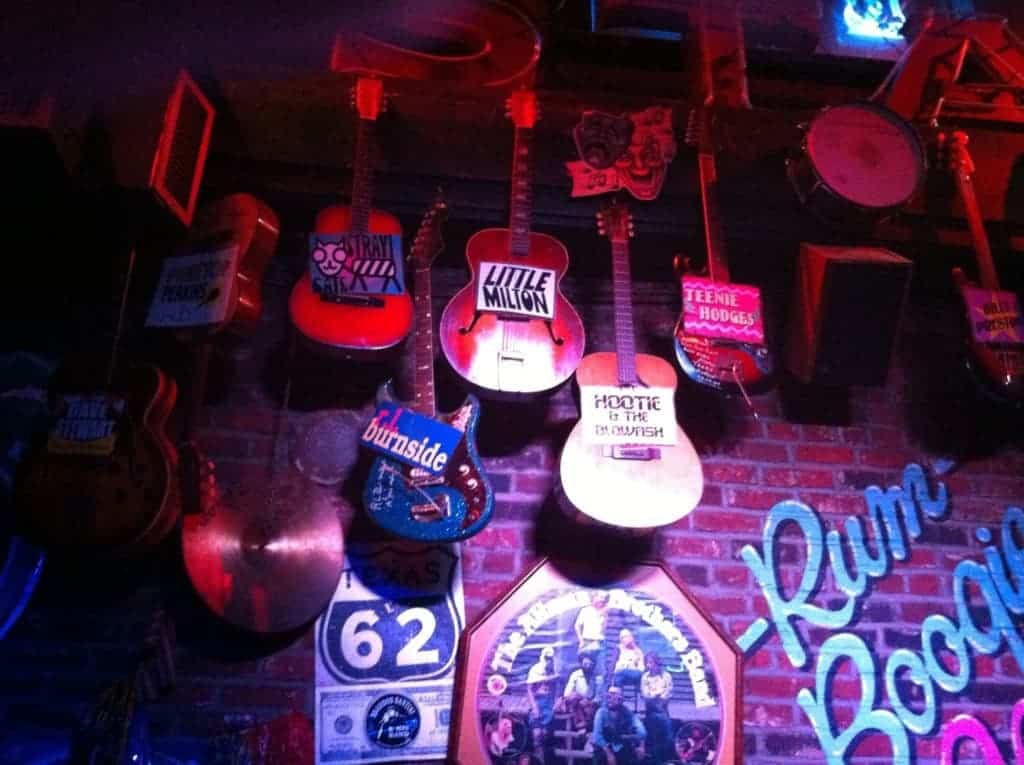 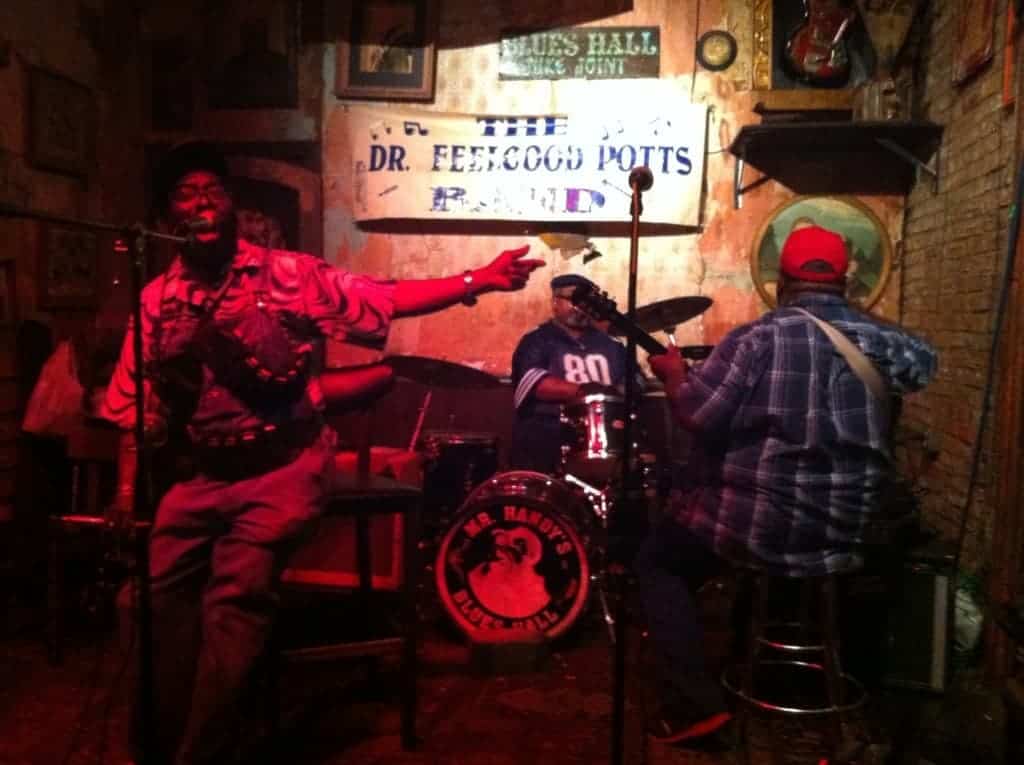 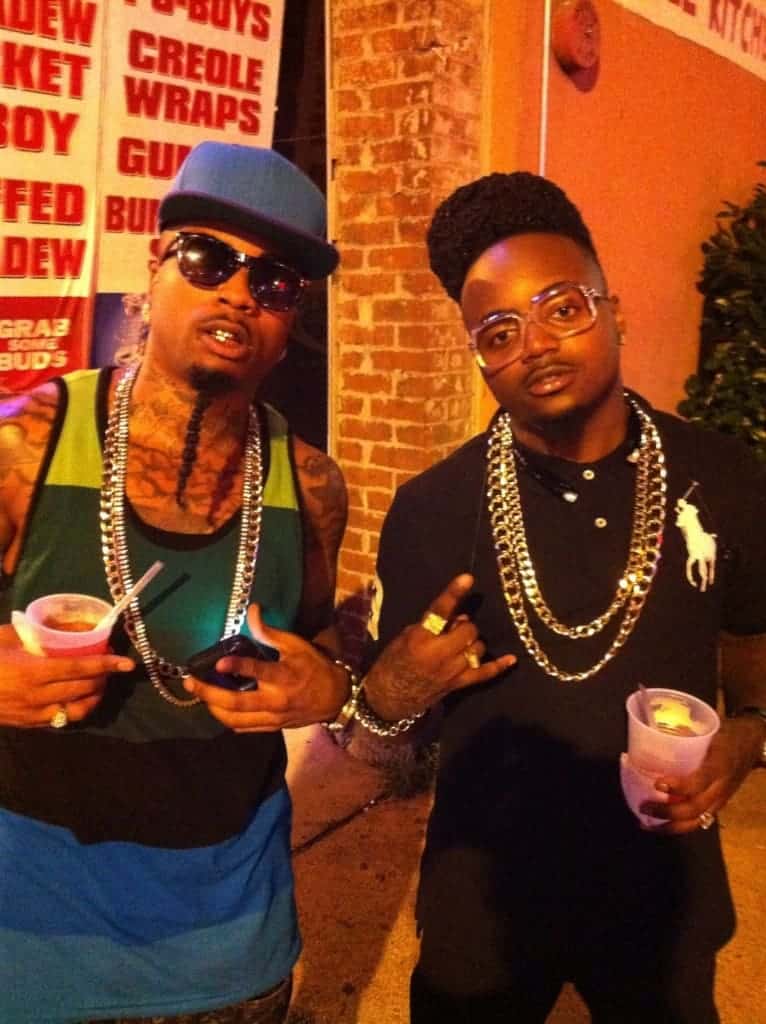