That reassuring voice comes on the intercom, deep, well paced and gentle, telling us that for the next 13 hours we are going to pampered with all sorts of fleeting distractions to keep us from dwelling on the naked truth – it’s gonna be hell.

This is a music blog about my trip to Nashville, so let’s not get bogged down with a blow-by-blow account of how unsatisfying airplane food can be. It’s enough to let you know that by now the joke was wearing off on me too. This was categorically the worst food I’ve ever eaten, even worse than that time in Ibiza in the palaeolithic era when I survived on brown rice alone for 10 days. At least the rice tasted ok. Maybe mono but definitely ok. And while we’re at it happy texters – “definitely” doesn’t have an “a” in it.

I digress. It all gets summed in one word – SUGAR. Whatever didn’t taste like sugar, tasted like nothing. So that’s it. No more talk about food…at least for a while. United was great apart from that. The service was excellent, the smiles genuine (am I easily fooled?), the aircon a bit on the Alaskan side for me, but I’m from the hard-core tropics so I accept that my thermostat is not indicative of anything. Even though I’m in cattle class I have Leg Room, and they couldn’t break my guitar, ‘cos I left it back in Darwin. With agile contortions, sleep ensued.

Washington Customs & Immigration: pretty slick really. The usual humiliation of taking even your shoes off and setting the body scanner into red alert because the attendant had a lapse of concentration and nominated my body as female. I said a quick prayer to the god that I must admit I’m a fair weather friend to and said “please don’t let these gamma rays alter my fun bits”. Laughs all ’round as I get rescanned as male and it’s a quick chat with the friendly guy at Immigration who wishes me a fun time as he digitises finger and thumb prints on both hands, scans my passport, takes a photo and probes about the actual purpose of my holiday, like it was just of casual interest to him…Next!

Out onto the tarmac and it’s a UA regional baby jet for the last leg to Nashville. I get the seat of honour near the rear throne and apart from the subtle aromas, try to ignore the fact that the plane is probably full of aspiring rock & country stars – and my seat number is 13A. The guy next to me has 3 friends who are running late and after a short wait, the doors close and they are left to their own devices. He seems nonplussed. “We’re coming back from Copenhagen and they lost our bags on the way over, and again on the way back”.

Now I’m looking out the window and it’s covered in scratches.

I’m looking at a wing tip sporting some obvious patch up work. There’s a general sense that this old jalopy has been around for a while and times are tight. I look down at the rolling farmlands and wide waterways and wonder how all those people down there can be toiling away producing the basics that sustain us and somehow a whole lotta money’s gone missing from the pockets of the average American. They wear their recession with dignity but I reckon they’re pissed. 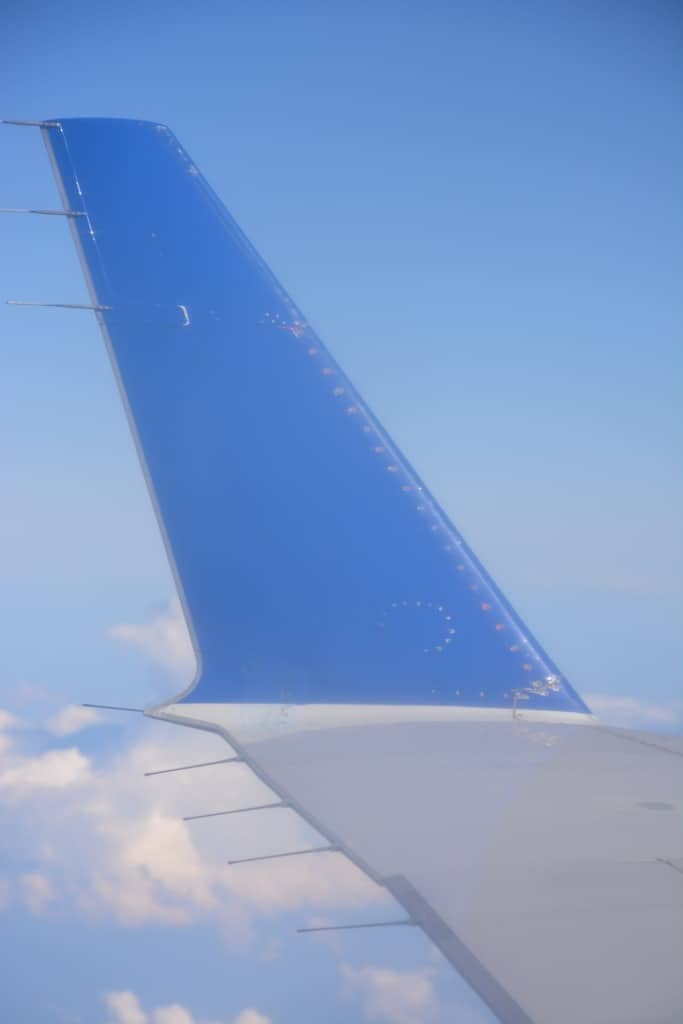 The hostie is all 60s like with Michael Madsen slick back black hair and sideburns, crisp white short sleeved shirt and a what looks like a proud birthday gift of a ball point pen for taking orders on his flip-back pocket notepad. Did Tarantino style this plane before I got on?

I day dream as the soft sun streams in my scratched window, and realise I’ve barely taken a pic. Better get clicking. We land and for the first time I actually feel like I’m somewhere, or at least somewhere I wanna be. I’m feeling understandably shagged after 30 hours of travel, but Miss Adrenaline is kicking in and despite the fact that I crave decent sleep, what’s about to happen is gonna keep me up for another 12 hours.